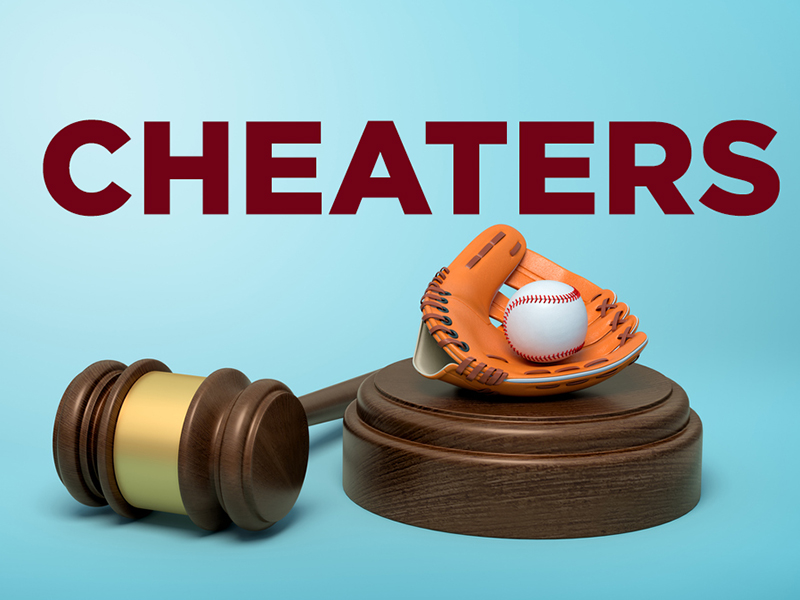 Cheaters never prosper.” So the saying goes. Yet now we know that the Houston Astros, winners of Major League Baseball’s 2017 World Series, cheated their way to the top. The scheme involved a network of well-positioned cameras and text messages that culminated with banging on a trash can to tell hitters which pitch was coming. Dozens of people were involved—from the players all the way up to the manager and the General Manager. Now, several prominent people connected with the team in 2017 have been suspended and fired. Some are calling it one of the most consequential sports scandals in history.

The Bible does not deny that cheaters sometimes prosper. What it denies is that cheaters can prosper in the long run. Sin has way of making itself known. Yet in our greed and desire for glory, we tell ourselves the lie that taking what is forbidden will be for our good. As Solomon says, warning his sons against adultery, “the lips of a forbidden woman drip honey, and her speech is smoother than oil.” But it’s all an illusion: “in the end she is as bitter as wormwood, sharp as a two-edged sword.” The one who partakes of forbidden pleasure eventually feels bitter disappointment at its failure to satisfy.

So sin fails to make us happy in its own right. But even more than this, Solomon ends his warning by focusing on the public cost of cheating. He tells his sons to think how they will feel when “at the end of your life you groan,” and eventually say, “I am at the brink of utter ruin in the assembled congregation” (Proverbs 5:3-14). There will come a day when our hidden sins will be broadcast to the world. Cheaters, beware.