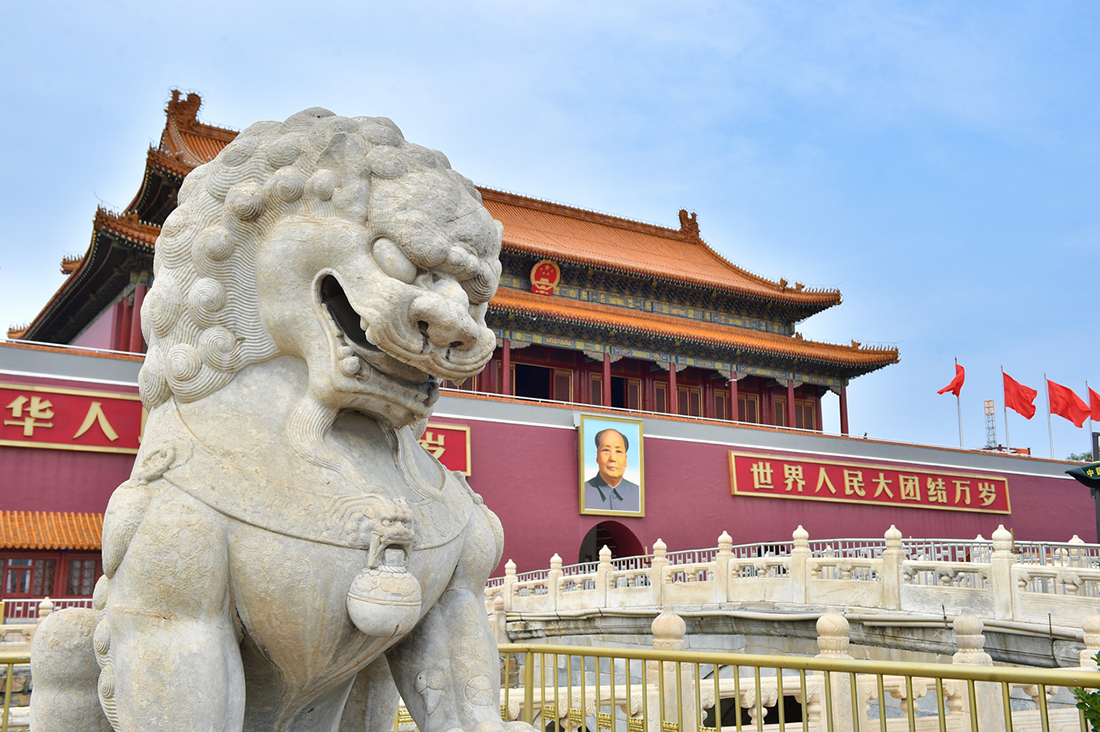 The New Testament has what can sometimes seem like an oddly sunny picture of the government. We’re told to submit to our leaders, to pray for them, and to pay up when the tax man comes through. We do this because, as Paul says, the governing authorities have been “instituted by God” (Romans 13:1). The same Paul who wrote this line to the Romans would later be put to death in that very city, by the order of Caesar himself. Paul wasn’t blind or mistaken or naive about how evil governments could be. Even if he hadn’t yet experienced the murderous insanity of Nero, he could have found plenty of examples of dastardly villains and bad characters all throughout the Old Testament. A cursory glance at the history of civilizations attests to the fact that every ruler, even the good ones, strays into injustices great and small. So what does Paul mean when he says the government is “God’s servant for your good”? (Romans 13:4)

It’s important to see that in the biblical tradition, the government does serve an important role in the plans of God. Yet, this role is strictly limited and subordinated to God himself. The government is indeed “God’s servant.” But this means the government isn’t God. Any government that seeks to fill the role of God, or that demands absolute loyalty by preventing the true worship of God, is tyrannical and directly in opposition to its divine mandate.

To see this in our world today, look no further than China. The Chinese Communist Party (CCP) consistently acts in the sole interests of its rulers and oppresses its people. The CCP violates the basic rights of others because of a single belief—they deny God. The Chinese government does not believe it will ever have to answer for its crimes. In the God-sized vacuum of the atheistic communist party ideology, the government itself becomes a god. The results are inevitably disastrous, and we see them playing out everywhere.

China has created massive government detention centers and forced labor camps for Muslims and Christians. There was a viral video this summer showing a group of people being taken off of trains, with their heads shaved and their eyes blindfolded. The rumors are that China traffics their prisoners’ organs and even sells their hair online. There is apparently a network of “pre-schools” for prisoners’ children, brainwashing them until they forget their parents’ religious faith and embrace communist ideology. There have been accounts of government officials entering homes, taking down crosses and images of Jesus to replace them with pictures of Xi Jinping, China’s president-dictator. China threatens to cut off government assistance if Christians won’t comply. Churches have to meet underground and risk sanction or imprisonment for their allegiance to Christ. Xi Jinping isn’t content to be his country’s ruler. He wants to be their god, too.

The world has had a front row seat to see how quickly the CCP can transform a free land into a surveillance state. Hong Kong used to be an island of freedoms and toleration. Their people enjoyed peace and prosperity. Now, pro-democracy newspaper editors are being led away in handcuffs. Journalists and teachers are disappearing, never to be seen or heard from again.

Chinese exports extend even further than Hong Kong, onto our own shores. Companies that are so willing to speak up about social justice issues in America cower in fear of giving the smallest hint that they disapprove of China’s atrocities. One NBA employee sent one pro-democracy tweet about Hong Kong, and China shut down the NBA’s operations in China indefinitely. US sports stars condemned the tweeter, rather than the oppressive regime that cannot abide even a single whiff of disapproval. China has consistently used the buying power of its own people to hold American companies hostage, imperiling their revenue streams if anyone speaks up against them. Too many US companies have remained quiet so the checks will keep rolling in.

Throughout history, the God question has been the major dividing line between good and bad governments. Some governments, like our own, have recognized the role of God in human affairs, confessing from the outset that the government itself isn’t God and shouldn’t be worshipped. This allowed for basic rights and liberties to be respected. The worst atrocities of the twentieth century were carried out by fascist and communistic regimes who recognized no god at all. Hitler’s Nazi Germany wanted to set up its own Thousand Year Reich. Stalinist Russia and Mao’s China repudiated god and glorified themselves. People were killed on a scale that we still can’t fathom. It was the fulfillment of Dostoevsky’s haunting phrase from The Brothers Karamazov: “If God does not exist, then everything is permitted.” In the 20th century, governments tried this out on a vast scale. Now China’s trying it again.

As we become embroiled in the heat of our own election season, we should keep all this in the back of our minds. This election matters tremendously. Important issues are on the ballot, from religious liberty to the sanctity of unborn life. We face national challenges like we’ve never encountered. Yet right-minded Christians simply cannot invest any election—no matter how important—with salvific significance. No politician can save us from our sins. No administration can usher in the Kingdom. That’s for Jesus Christ and Jesus Christ alone to do, in God’s timing. He will conquer. He will reign. Every enemy will be trampled under his feet. Every knee will bow and confess him as Lord.

Americans are thinking rightly about government when they pledge to be “one nation, under God…” Human government is and only ever can be God’s servant. Government can never be our god. China shows us: when a government thinks of itself as more than human, it treats its people as less than human.