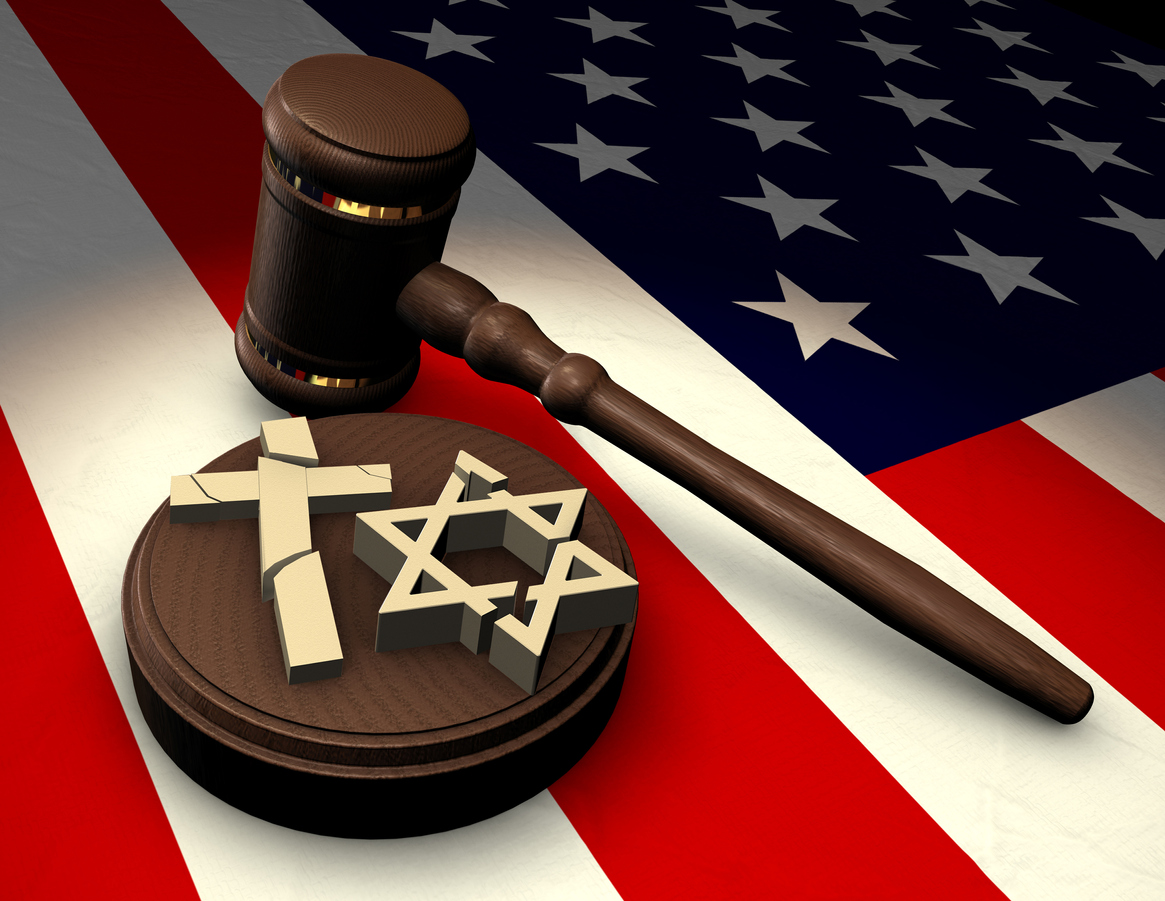 Commentary: Christ and Caesar in Conflict

Christ and Caesar are in conflict in America. In the last few weeks, churches in Nevada and California fought all the way to the Supreme Court for relief from unfair government restrictions to their worship. The nation’s highest court declined to provide legal relief that would allow the churches to gather in worship without violating local laws. The states have clearly put churches in a disfavored status. In Nevada, for instance, churches can’t gather with more than 50 people regardless of the size of their building, whereas casinos can operate at 50 percent capacity with thousands of gamblers enjoying themselves. In California, Governor Gavin Newsom decreed that churchgoers wouldn’t be allowed to sing and gatherings would be capped at 100. This is despite the fact that many of the churches have acted responsibly, self-imposing health guidelines for preventing the spread of the virus.

We have all experienced the last several months of this terrible virus. We’ve seen friends and loved ones suffer from its effects. Over 150,000 Americans have died. Out of a respect for life and a love for neighbor, nearly all churches closed voluntarily and adopted significant changes to their worship habits and locations. Christians aren’t against science or medicine. We’re for public health and safety. At the same time, each restriction the government puts on people during this pandemic cannot be judged merely on its potential risk for spreading the virus. We also have to judge the inherent worth of the action itself. Everyone recognizes that some matters rise to a level of importance that transcends the pandemic.

There was a time in the not-so-distant past when Governor Newsom himself knew this. In the wake of George Floyd’s death, protestors filled the streets of nearly every major city in our country, including cities throughout California. This was met with encouragement and applause by public leaders, including Newsom, even though allowing thousands of people to gather in close quarters with little or no oversight clearly violated public health restrictions. The pandemic took a backseat to a matter of principle, a matter of justice.

The same recognition of special importance should be attached to public worship. It is offensive and preposterous for mayors and governors and Supreme Court justices to treat churches with even less deference than they’ve given to casinos, bars, and hair salons. Going to watch and sing along to live music at a bar and going to church may involve vaguely similar outward motions—both involve congregating and singing—but what they are is fundamentally different. The state’s inability to recognize and honor the difference between putting money in a slot machine and putting a tithe in an offering plate is absurd.

The church is not a social gathering for people who enjoy singing songs and reading an old book. The church is not a group of volunteers who have the option to take a few years off while this whole pandemic blows over. The church is set apart by God, founded by Christ, and exists independent of any government. The church is the communion of saints, the city of God on earth, the embassy of God’s kingdom (2 Corinthians 5:20). When we gather as the church, we’re gathering as God’s people, celebrating God’s holy ordinances, singing in worship to our Lord, and praying in the power of the Spirit to the Father in the name of the Son. The assembled church engages in a transcendent, sacred act unlike any other. The church’s weekly gathering is a visible sign to the principalities and powers that their reign is limited. Some things are more important than health or prosperity or any other worldly attainment this life can offer. This is the witness to eternity that an increasingly secularized America needs now more than ever.

There is a legitimate room for disagreement about how churches should approach this season. The leadership of each church has many factors to weigh, including the severity of the virus in their locality, the age and health of their congregation, the layout of their facilities, and the form of their worship. Churches will each have to answer to God for how they navigate these days. This is the model of Christ’s judgment of the churches in the book of Revelation in chapters 2-3. Christ writes to the “angel”—the pastor—of each church, commending faithfulness and condemning unfaithfulness within each congregation. This is a responsibility that should not be taken lightly, and churches must answer to their Lord, the head of the church (Colossians 1:18).

We also know that the New Testament has a remarkably positive disposition toward civil government. We shouldn’t be stirring for a fight, as Paul says: “If possible, as far as it depends on you, live peaceably with all” (Romans 12:18). Paul goes on to say we should try in every appropriate way to give authorities the respect they deserve: “Pay to all what is owed to them: taxes to whom taxes are owed, revenue to whom revenue is owed, respect to whom respect is owed, honor to whom honor is owed” (Romans 13:7). We should try as much as possible to coordinate with local, state, and federal leaders, listening to their recommendations and weighing them carefully. Specific situations will vary, as will the consciences of individual Christians. The Bible is clear: if something belongs to Caesar, we should hand it over.

But the fact remains: no proper church of the Lord Jesus Christ can be coerced into rendering to Caesar what belongs only to God (Matthew 22:21). It’s unfair and unconstitutional for churches to be treated like just another hobby or club. The First Amendment’s guarantee of religious freedom recognizes that our government must prize and favor religion, rather than denigrating and sidelining it. Nevada and California have failed this basic test of constitutionality and good sense. Not only are they failing to treat the church equally to other institutions, they’ve wrongly downgraded it to a this-worldly status. To those churches affected by these government orders, move forward in faith and remember the words of our Lord: “In the world you will have tribulation. But take heart; I have overcome the world” (John 16:33).