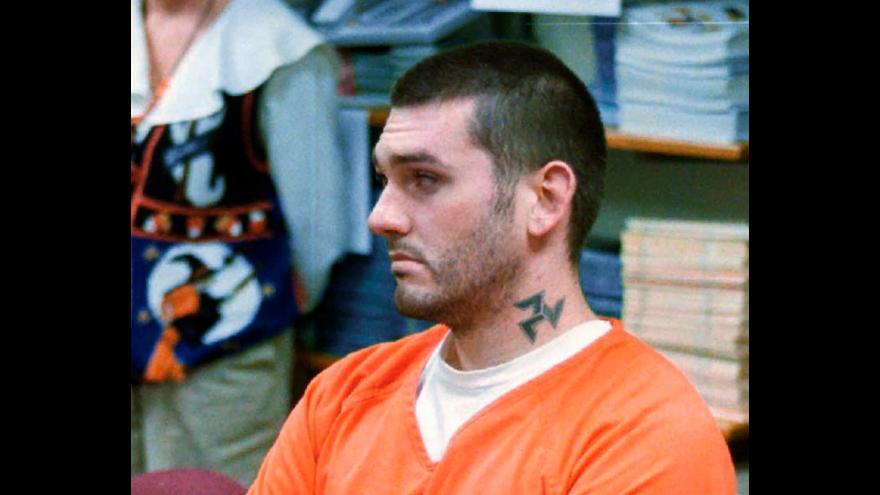 Daniel Lewis Lee is dead. After a flurry of court challenges and last-minute delays, an early morning 5-4 ruling by the Supreme Court allowed the execution to proceed on Tuesday. It had been 17 years since the federal government executed a death-row prisoner. The reinstitution of the death penalty shows a commitment by the Justice Department to uphold the rule of law, carrying out the sentences given by our nation’s justice system.

Capital punishment has been a contentious issue in our country for the last half-century. Many states have curtailed their use of the death penalty or outlawed the practice entirely. Opponents to the death penalty often claim that it is a “cruel and unusual punishment” outlawed by the Eighth Amendment of the Bill of Rights. However, this is a modern fiction. It has been the clear and consistent practice of our country from the days of the Founding to uphold the integrity of the law by allowing the ultimate sentence to fall on those who commit the ultimate crimes.

Christians are often accused of inconsistency here. How can you be “pro-life” and still be for the death penalty, which extinguishes a life?

The Bible’s teaching is clear: the death penalty is a testimony to the sanctity of human life. When God renewed his covenant with humanity, he told Noah: “Whoever sheds the blood of man, by man shall his blood be shed, for God made man in his own image” (Genesis 9:6). The death penalty is a just and proportional response by society to the intentional destruction of human life. It upholds the dignity of the innocent person made in God’s own image.

The death penalty was sanctioned by God to be used as a punishment for certain violations of the Law of Moses. Capital punishment declared the importance of God’s Law and stood as a strong testimony to his righteousness, helping the rest of society to flourish. To be sure, the Law did not hand out its most grave punishments haphazardly. It carefully guarded due process in its legal system. Capital trials had to involve multiple corroborating witnesses, and false testimony carried heavy penalties (Deuteronomy 19:15-21). In addition, the Law made a strong distinction between unintentional manslaughter and intentional murder (Deuteronomy 19:1-13).

The Law also gives instruction for the conduct of war (Deuteronomy 20:10-15). Killing, for instance, as part of a military force when facing hostile enemy combatants is dramatically different than settling one’s own scores. The soldier is appointed as part of a legitimate government, directed by the proper authorities, meant to achieve a mission to defend his homeland. Military operations in a just war uphold the value of all life by directing their force solely at military targets, avoiding innocent civilians, and protecting one’s family and friends back home. We can all recognize there is a vast moral difference, for instance, between fighting a just war and the actions of an organized crime syndicate or a terrorist cell. The mob or the Taliban murder on their own authority for their own ends in order to aggrandize themselves. The soldier in the military kills the enemy when necessary for his country’s ends, in order to protect lives back home. These important moral distinctions between accidental manslaughter and intentional murder, between just war and personal vengeance, help us fully understand what God meant when he etched the Sixth Commandment in stone: “You shall not murder” (Exodus 20:13).

When Christ came, he told his followers: “You have heard that it was said, ‘You shall love your neighbor and hate your enemy.’ But I say to you, Love your enemies and pray for those who persecute you” (Matthew 5:43). When Christ said this, it was in the context of the Sermon on the Mount, in which he had earlier said: “Do not think that I have come to abolish the Law or the Prophets; I have not come to abolish them but to fulfill them. For truly, I say to you, until heaven and earth pass away, not an iota, not a dot, will pass from the Law until all is accomplished” (Matthew 5:17-18). Jesus did not repudiate the Law of Moses—he fulfilled it. So when Jesus said “love your enemies,” he was restating what the Law had called for all along, telling individual Christians to love and forgive their enemies by refusing to take vengeance into their own hands. Christians are not under the Law of Moses, but it remains instructive for policymakers as an enduring witness to God’s justice.

God is the only one who has the power over life and death. He has vested this authority into the hands of the state. The Apostle Paul confirms that a legitimate government “does not bear the sword in vain” and “carries out God’s wrath on the wrongdoer” through its justice system (Romans 13:4). We are painfully aware of the many times that governments have not wielded the sword well, of course. We look ahead eagerly to the Day when Christ will return to establish a new order, where swords will become obsolete, and will be turned into plowshares instead (Micah 4:3). But until then, human sin makes the sword a tragic necessity to bring about an imperfect justice. In a fallen world, swords are still necessary to maintain order and protect innocent life.

We live in an age of squeamishness and relativism, when many governments are abdicating their God-given responsibility. Capital punishment should be the way our society pronounces its righteous judgment on the most heinous crimes committed by the most evil men. Don’t forget what we’re talking about here—federal convicts put themselves on death row by brutally murdering innocent children. By resolutely saying “no” to their evil, we say “yes” to life.