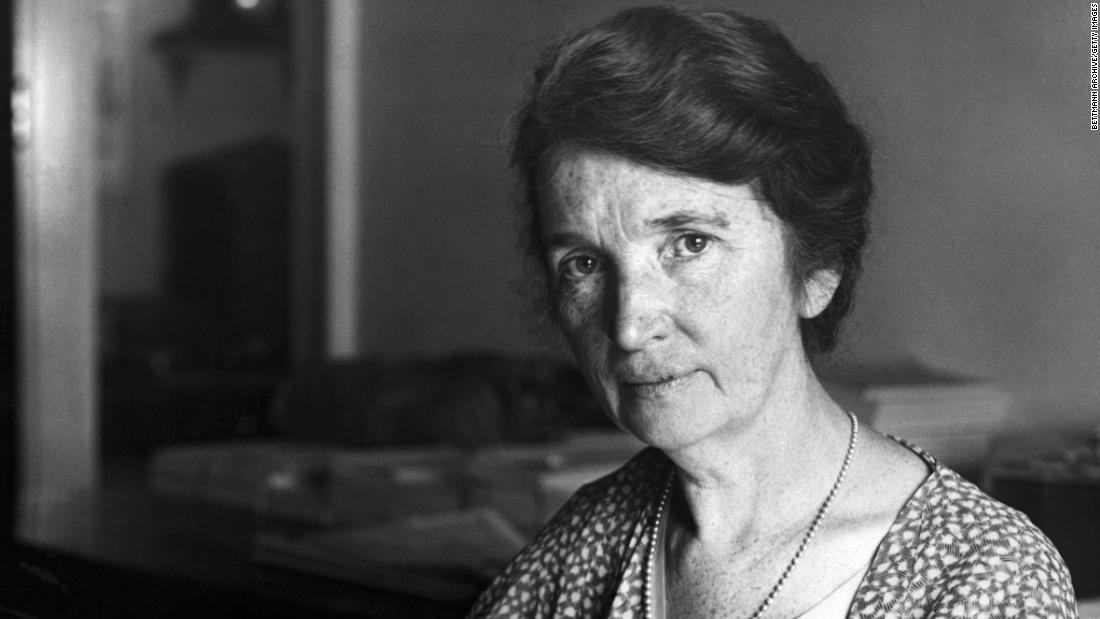 Margaret Sanger has finally been canceled. Or, at least you won’t see her name as often now. The Planned Parenthood affiliate in New York announced this week that mounting pressure had forced them to remove Sanger’s name from their Manhattan clinic and to take down street signs and plaques honoring her. Sanger was the founder of Planned Parenthood, the nation’s largest abortion provider. The original birth control and abortion clinic Sanger started in New York City has long functioned as a mini-shrine to her legacy. We all know that the heroes and heroines we choose to honor publicly really do matter. It’s important to promote the good and condemn the unrighteous in full public view, as a statement of what our society values and an example for future generations to follow. So it was ironic that the enlightened progressives who run Planned Parenthood took so long to look at themselves in the mirror and see their gross hypocrisy.

Sanger’s beliefs were appalling, racist, and anti-life. Conservatives have been pointing this out for years. Despite the repeated calls drawing attention to Sanger’s abhorrent views, her association with Planned Parenthood’s founding allowed her to escape the judgment of history for a time. Planned Parenthood repeatedly honored her legacy, endorsed her writings, and explained away any “flaws” as minor or understandable given her historical situation. But the reckoning over Sanger finally came.

Margaret Sanger aligned herself with the eugenics movement that was popular among progressives at the turn of the 20th century. As defined by a recent New York Times article, eugenics was “a discredited belief in improving the human race through selective breeding, often targeted at poor people, those with disabilities, immigrants and people of color.” Eugenics as a system of thought advocated for purifying society and reaching utopia by preventing undesirable types of people from having children. As Sanger said in a 1921 speech, “the most urgent problem today is how to limit and discourage the over-fertility of the mentally and physically defective.” Population control through birth control among “unfit” people was the singular issue Sanger believed could lead to the ideal future.

Coupled with this vision of social betterment through birth control, Sanger also believed people have an absolute right to sexual fulfillment. Planned Parenthood shares and endorses this view of sexuality as a fundamental right that justifies anything and everything needed to make ourselves happy through sex. They preach a gospel of sexual liberation. Yet for Sanger, this belief in sexual freedom was coupled with a eugenicist belief that those who were “unfit” should not be allowed to reproduce. These two beliefs, sexual liberty and elimination of the “unfit,” combined logically to justify birth control and forced sterilizations. Sanger was a champion for these causes because they allowed for unlimited sex without the consequences Sanger wanted to avoid, like unwanted pregnancies and the multiplying of people who weaken society.

It is not hard to see then how abortion became the next logical step for Planned Parenthood, now the nation’s most prolific abortion provider and the political bully who keeps Democratic politicians in lockstep support of pro-abortion laws. As Justice Clarence Thomas wrote in a 2019 Supreme Court opinion regarding eugenics and abortion: “the eugenic arguments that [Margaret Sanger] made in support of birth control apply with even greater force to abortion.” Utopian ideologies like Sanger’s gave rise to the very worst atrocities committed against the disabled, the weak, and the unborn in the last century. Stalinist Russia and Nazi Germany show the logical consequences of her anti-life, racist, and evolutionary mindset.

Sanger’s social engineering shows a complete disregard for the image of God in every human being. The Bible tells us that every life is infinitely valuable to God. We look forward to the day when people from every tribe and nation and tongue will worship God together around Christ’s heavenly throne (Revelation 5:9). Christians love and care for all, especially the weak and vulnerable. Sanger wanted to eliminate the poor and the weak from every being born. The contrast could not be more stark.

Sanger and Planned Parenthood have twisted God’s creation mandate to “be fruitful and multiply” (Genesis 1:28). Instead, they have devoted their entire energy to promoting an individualistic right not to be fruitful or multiply, even at the cost of unborn human lives. Sanger and Planned Parenthood endorse a transparently satanic ideology. This started with the serpent’s temptation in the Garden and it has never stopped. As Christ said of Satan: “He was a murderer from the beginning” (John 8:44). It has always been Satan’s desire to cut off life. This starts with children and childbirth. It was satanic influence that led to Herod’s murderous paranoia about a “king of the Jews,” which led to the awful infanticide of baby boys in Israel (Matthew 2:16-18). In the book of Revelation, John’s vision recounts this story from Heaven’s perspective: “And the dragon stood before the woman who was about to give birth, so that when she bore her child he might devour it” (Revelation 12:4). This same pattern has played out again and again throughout history and will continue until the coming of Christ’s kingdom. Satan wants to cut off life and fruitfulness, leaving death and devastation in his wake. He can accomplish this through the violence of Herod’s sword, or through the twisted ideology of Margaret Sanger.

Sanger broke every legal, moral, and cultural barrier necessary to prevent children from being welcomed into this world. And yet it took until now for her name to finally be disavowed half-heartedly by the clinic she started over 100 years ago. Sanger’s gospel is antithetical to the true gospel of the Savior who said, “Let the little children come to me and do not hinder them, for to such belongs the kingdom of heaven” (Matthew 19:14). It is a sad irony that while Planned Parenthood in Manhattan reluctantly gave up their namesake, they are still unwilling to give up her satanic project.