Commentary: What the World Lost at Notre Dame 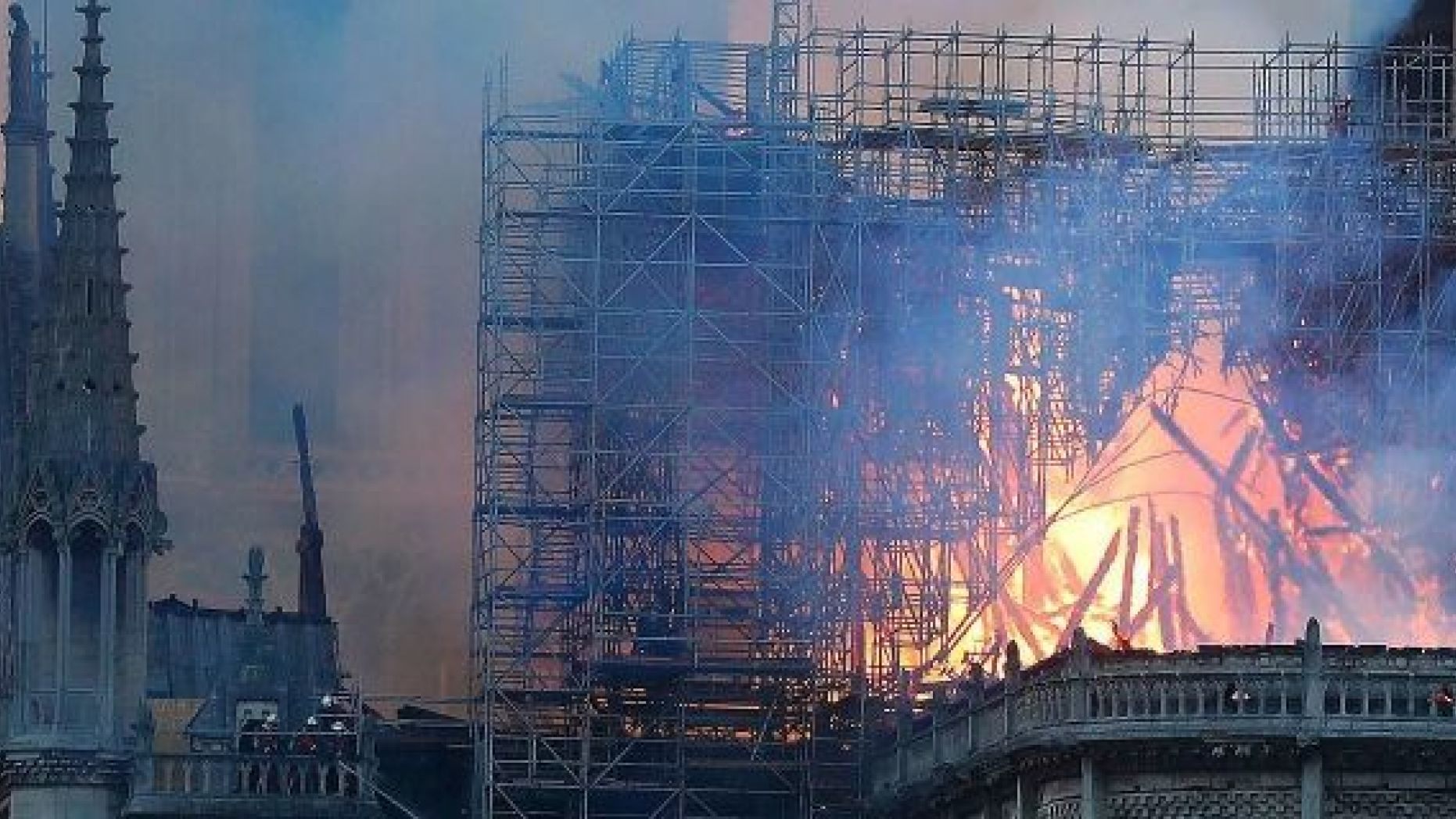 Tragedy struck on Monday when the renowned Notre Dame Cathedral in Paris erupted into flames. The world watched as the church burned. The Cathedral’s 800-year-old roof, nicknamed “the forest,” was made almost entirely of wood. It burned quickly, and the building’s iconic spire fell as it succumbed to the intense fire.

Notre Dame was built in the 12th century, with the full construction requiring decades of work. It is more than a building; it represents the height of medieval Christendom. It was intentionally meant to be a sacred space that would humble generations of worshippers who would enter its doors, pushing their thoughts upward to the contemplation of God. As the tragedy unfolded, it was interesting to see how many professedly secular or irreligious people in France openly mourned the loss of the Cathedral.

This visceral reaction shows a deep yearning within modern secularism. Deep down, people long for a culture that could have created such a masterpiece. As they watched the flames, secular people had an inkling that something had already been lost, before this week. Secularism has not lost just a church roof, but the entire worldview that produced it.

God, we ask that you would inspire the church to produce works of art and architecture that can show people the beauty of Jesus Christ. In a rapidly secularizing culture, let Christians be the ones who stand for truth and beauty, in our lives and in our forms of worship. May the church be a place where we find who we are by understanding just how small we are, compared to a holy, sovereign God. Help us find humility in light of the greatness of God, and gratitude in light of the greatness of God’s grace.