Commentary: Personhood and Abortion in America 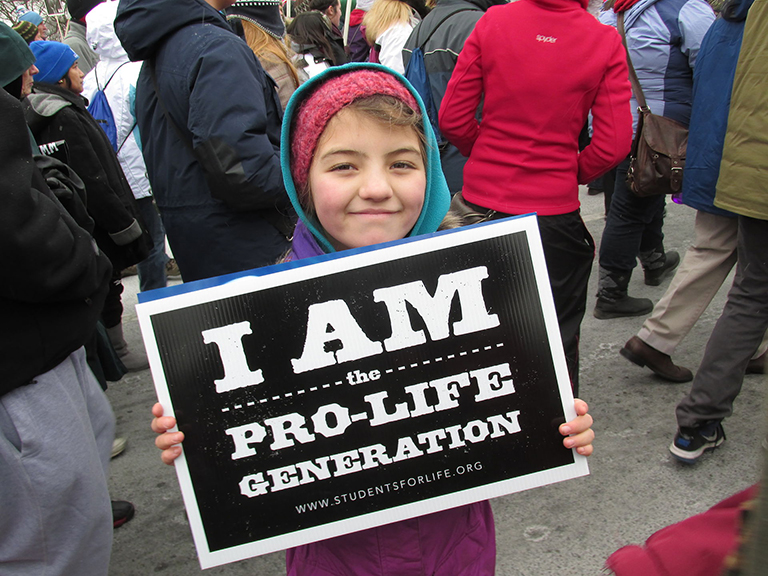 America’s two greatest sins, slavery and abortion, have both come down to a single question— who counts as a person? Alexander Stephens, the Vice President of the Confederacy, declared in his infamous 1861 ‘Cornerstone’ address that the Confederacy’s “cornerstone rests upon the great truth that the negro is not equal to the white man.” Speaking about the Union’s opposition to slavery, Stephens admitted: “Their conclusions are right if their premises were. They assume that the negro is equal, and hence conclude that he is entitled to equal privileges and rights with the white man. If their premises were correct, their conclusions would be logical…” The horrific evil of slavery stemmed from an inability to see slaves as fellow persons. Abraham Lincoln and Christian abolitionists took the completely opposite view. They saw in black slaves the same image of God that resides in whites. As Lincoln posed the question in his 1854 speech at Peoria, whether black slaves should be free “depends upon whether a negro is not or is a man…. If the negro is a man, why then my ancient faith teaches me that ‘all men are created equal;’ and that there can be no moral right in connection with one man’s making a slave of another.” Stephens and Lincoln both knew the crucial question that would forever settle the issue of slavery. Is the slave a person? The logic follows the premise. If the slave is a person, he or she is entitled to the full protections of the Constitution. If the slave is a person, slavery is wrong.

The same question has always haunted the abortion debate in America. The Supreme Court case that turned abortion into a constitutional right in 1973, Roe v. Wade, frankly admitted that personhood was the key issue in abortion. The majority opinion—the one that created the right to abortion—describes the arguments about personhood that arose during the case. It describes how the lawyers fighting against abortion “argue that the fetus is a ‘person’ within the language and meaning of the Fourteenth Amendment. In support of this, they outline at length and in detail the well known facts of fetal development. If this suggestion of personhood is established, the appellant’s case, of course, collapses, for the fetus’ right to life would then be guaranteed specifically by the Amendment. The appellant conceded as much on reargument.” The lawyers arguing against abortion in Roe v. Wade contended that the fetus is a person, and therefore he or she should receive equal protection from the Constitution. The Supreme Court justices and the lawyers arguing for abortion all admitted this was true. The very case which solidified the constitutional right to abortion in America concedes that if an unborn child is a person, then the entire case for abortion “collapses.” The pro-abortion position rests on the absurd claim that the kicking, hiccupping, wiggly baby in the womb is actually just an inanimate bundle of tissue no different than a tumor. Is the fetus a person? The logic follows the premise. If the unborn child is a person, he or she is entitled to the full protections of the Constitution. If the unborn child is a person, abortion is wrong.

When we look back at history, it becomes clear that abortion is not a uniquely American phenomenon. The people of God have always had to confront the ways the cultures around them mistreated children. In the Old Testament, those who worshipped the god Molech sacrificed their children on his altar. This disgusting practice was offensive to God and occasioned his judgment (Leviticus 20:2-5). Worst of all, some Israelites followed Molech-worshippers in their abominations, sacrificing their own children on the altar to appease the false god. Describing this outrageous deed, the psalmist says of the Israelites: “They sacrificed their sons and their daughters to the demons; they poured out innocent blood, the blood of their sons and daughters, whom they sacrificed to the idols of Canaan, and the land was polluted with blood” (Psalm 106:37-38). The true objects of their worship were demons, who fooled Israel into murdering its own children.

The early church likewise had to confront a pagan Roman culture that ‘exposed’ unwanted children, either leaving them to die or by performing rudimentary abortions. The Didache, a Christian writing from the mid-first century, condemns abortion as contrary to the way of Christ. It says plainly: “you shall not abort a child or commit infanticide.” Early Christians followed their Lord who said “Let the little children come to me” by embracing the unwanted and neglected children cast out by the decadent culture around them (Matthew 19:14).

Abortion remains the pressing political and moral issue of our time. Just this week, the Supreme Court heard arguments for June Medical Services LLC v. Russo, an important case deciding whether safety regulations on abortion clinics will be allowed to take effect in pro-life states. In late February, Senate Democrats blocked the Born-Alive Abortion Survivors Act, which would require doctors to care for children born alive during failed abortion attempts. Those who support abortion in our country have embraced a maniacal absolutism in recent years, refusing to consider anything that might threaten their godlike ability to destroy a defenseless child at will, even up to the very moment of birth.

What is hailed as “progress” is a return to the disgusting worship of Molech and the decadence of Rome. Every abortion is an act of violence against an innocent person, a person too small to defend or advocate for herself. As long as sin infects this world, there will be evil people who find ways to rationalize and justify the harm of an innocent child. And as long as the church of the Lord Jesus Christ stands, there must be a people called apart, steadfast in their opposition to this assault against God.