Commentary: Planned Parenthood: Coming to a High School Near You 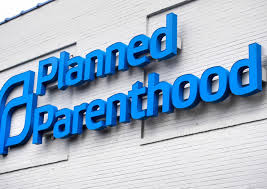 Last week, Los Angeles announced a new partnership with Planned Parenthood, America’s largest abortion provider, to set up clinics in 50 public high schools. The clinics will not provide abortions, but they will do just about everything else—health counseling, treatment for sexually transmitted infections, access to contraceptives, and even training to teach teens how to talk with friends about sexual issues. Since Planned Parenthood clinics are “health providers,” school officials and even the parents of the teens are not allowed to know what happens in the clinic.

This is sheer lunacy. Since the 1960s, the public schools in our country have been misleadingly labeled as zones of “neutrality.” It was under these auspices that school officials removed prayer, the Bible, and any semblance of Christian morality from the education of our nation’s children. But now the pretended neutrality has come to an end. LA is using its public schools as an engine for progressive sexual “liberation.” Planned Parenthood has unabashedly positioned itself to be the one teens turn to when they have questions about sexuality and relationships, and they’ve insulated themselves from parental interference. What’s worse, they were invited to do all this by the schools themselves and given $10 million of taxpayer money.

Our culture’s complete rejection of God’s design for sexuality has led to mass confusion, loneliness, and despair. There is a reason why so many young people are depressed. They continue to experience the inevitable fallout from believing the false promises of an anything-goes sexuality. It’s hard to think of anything worse than giving Planned Parenthood even more unmonitored access to our nation’s 14-year-olds. The false gospel they preach has ruined and ended countless lives. Now LA wants to give them a credit card and a megaphone.