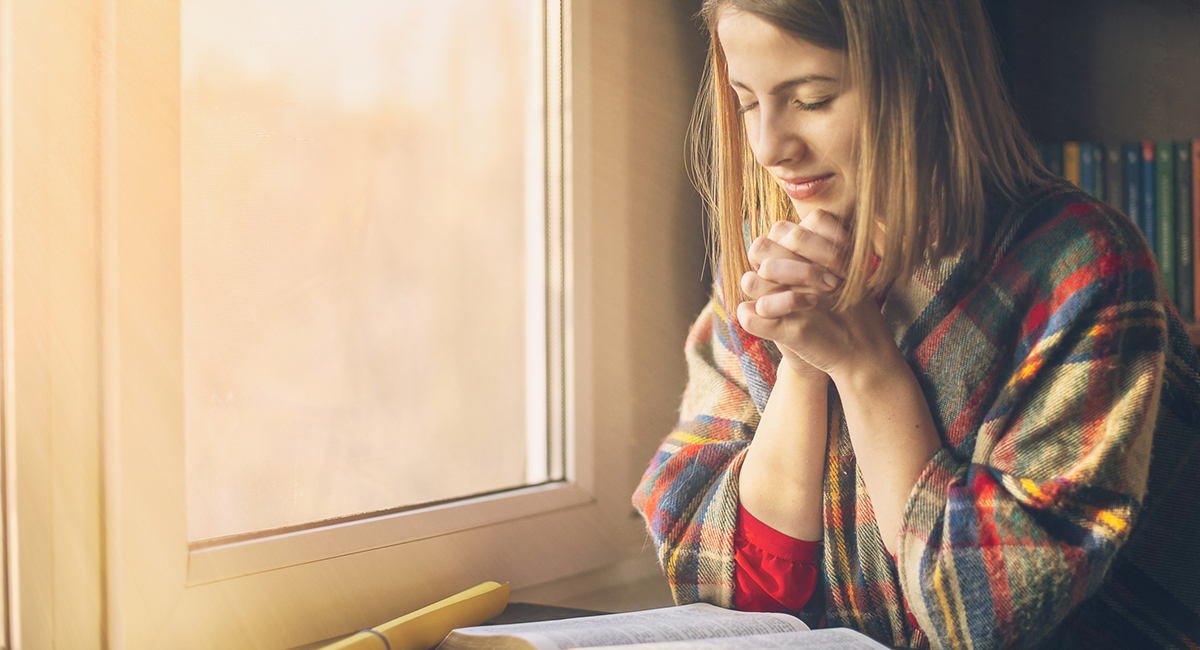 Commentary: Praying through the Pandemic

Many of us have been gritting our teeth and white-knuckling our way through this pandemic. That’s a very human response to a crisis. It’s what the disciples did when they got caught in a sudden storm on the Sea of Galilee (Mark 4; Luke 8; Matthew 8). Seasoned fishermen can flip into survival mode and rely on muscle memory to sail themselves out of trouble. But some storms are too powerful for that to work. There’s something terrifying about that. The disciples probably felt that sense of panic. The usual maneuvers and methods for coping finally hit a storm they couldn’t overcome. Meanwhile, the Son of God was dozing below deck. Perhaps we have reached the same point now. We’ve spent weeks on end stocking up and hunkering down. We’ve used all the normal tricks for coping with the stress. Now we’ve nearly exhausted ourselves. And when we’ve looked around for God, it seems like He’s been sleeping.

But in the story told in the Gospels, there’s no indication that the disciples’ first thought was to ask Jesus for help. In the Gospel of Mark, their question to their sleeping Lord isn’t a humble cry for help—it’s a bitter accusation. Mark reports, “And they woke him and said to him, ‘Teacher, do you not care that we are perishing?’” (Mark 4:38). They only turned to him in exasperation, after they had tried all of their own ways to solve their crisis. They had apparently expected him to anticipate their needs, to jump in and grab a rope to sail them out of danger. But the truth is, they hadn’t asked for his help. They only realized they wanted it when their own methods failed. Jesus was the fail-safe, the backup plan if they couldn’t save themselves. They were angry they had to ask. They questioned his love for them.

So much of what Jesus teaches his disciples about prayer emphasizes the importance of asking. In Luke 11, after giving his disciples the Lord’s Prayer, Jesus tells them a story about a persistent man who repeatedly asks a friend for bread at midnight. Jesus doesn’t rebuke the midnight caller’s annoying requests, which eventually dragged his friend out of bed. He commends this as a model of what wants his followers to know about prayer: “And I tell you, ask, and it will be given to you; seek, and you will find; knock, and it will be opened to you. For everyone who asks receives, and the one who seeks finds, and to the one who knocks it will be opened (Luke 11:9–10). It’s not that God is truly “asleep” or requires voice activation in order to perform tasks for us. God is not our Siri who art in heaven or an almighty edition of Alexa. God is God. He upholds our existence in every moment by His grace, often without any credit or notice on our part. But it’s clear that God wants to do something in us through asking. He wants us to develop a spiritual muscle reflex. When we get on our knees to pray, we confess that our hands cannot solve all of our problems.

By calming the seas at the command of his voice, Jesus was showing that God is not just another sailor helping steer a vessel through a storm. He’s not just another doctor helping a patient recover from a virus. He is the one who spoke the world into being, and it obeys his every command. That’s an entirely different order of power that we cannot begin to understand. It prompts us, instead of questioning God’s love, to marvel at God’s person: “And the men marveled, saying, ‘What sort of man is this, that even winds and sea obey him?’” (Matthew 8:27).

When we turn away from our problems and turn to God, it requires us to admit that we’re truly not in control. For some, that sounds terrifying. They would rather crash and burn flying the plane themselves than hand the controls to someone else. But to those of us who truly know the power and love of God, the confession of our total need for Him frees us daily from trying to save ourselves. We put our fate in the hands of the One who formed us. We entrust ourselves to the only One who can re-form us, providing life after death in a resurrected body on a renovated earth.

The call to prayer is not, however, an exhortation to idleness or a condemnation of work or planning. God endorses both the art of sailing and the science of medicine, which make good use of the wisdom He gave us to understand the world He created. Yet we are called to work in such a way that it points to God’s glory and explicitly relies on His provision for its lasting success. Moses ended Psalm 90, the oldest psalm in the psalter, with this exclamation:

Let the favor of the Lord our God be upon us,

and establish the work of our hands upon us;

Solomon in Psalm 127 confesses the futility of work not established by God:

Unless the Lord builds the house, those who build it labor in vain.

Unless the Lord watches over the city, the watchman stays awake in vain.

It is in vain that you rise up early and go late to rest,

eating the bread of anxious toil; for he gives to his beloved sleep. (Psalm 127:1–2)

Our nation is embroiled in a crisis too powerful for our normal methods of coping to work. God has allowed us to enter this storm to draw us to Himself. If we trust in ourselves, we’ll become exhausted and embittered against God. If we turn to God in faith, we can find rest and healing. Then with the disciples we can marvel at His power to do far more than we could ask or think (Ephesians 3:20).