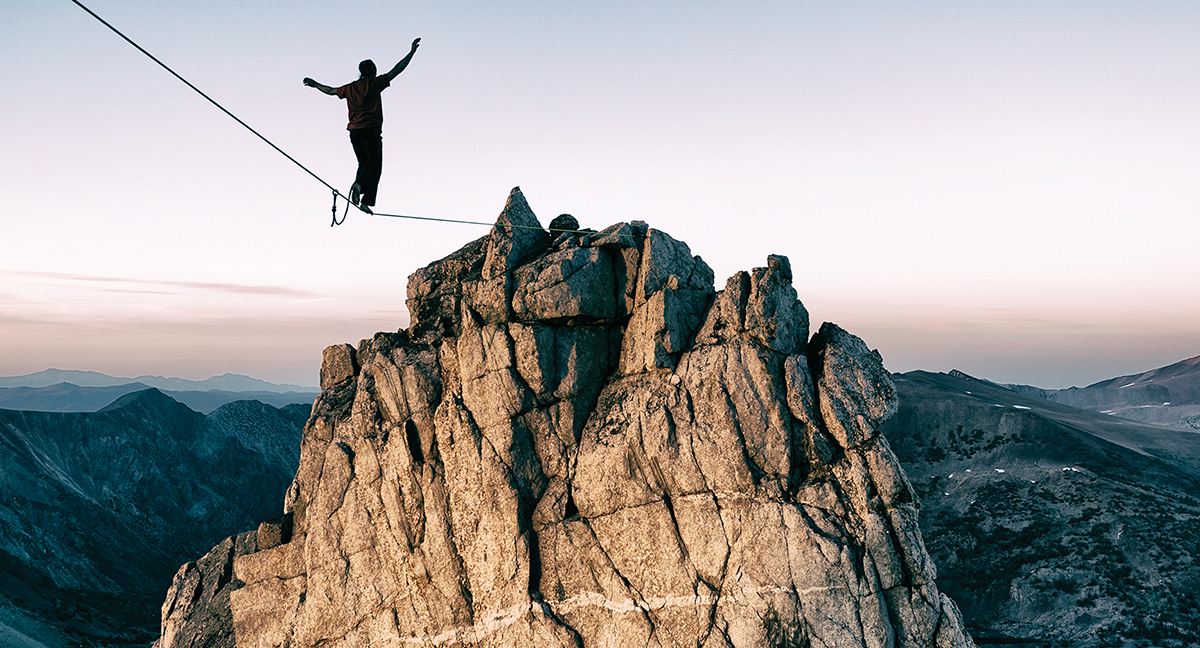 Someone once asked advice columnist Ann Landers, “Is there any common denominator in the thousands of letters you receive every day?” She responded, “Yes. The overriding theme in all the letters is fear.” I can certainly relate. Read the newspaper, watch the news, listen to the radio … or browse the Internet … and you will discover plenty of things to fear! The problem with fear is that it leads to disobeying God and forfeiting God’s blessings. When we look at our lives, we see that fear is the root of almost every sin.

Fear always leads us away from God’s promised future. It’s the suspicion that God is incapable of handling our problems. This nagging suspicion affects our lives in at least three significant ways.

First of all, fear distorts the size of our problems. Did you know that a fog that covers seven city blocks consists of less than one glassful of water? It doesn’t take much water to fog an entire city. And it doesn’t take much fear to fog your thinking. If you look at your problem and say, “This is gigantic; there is no way I can overcome it,” then fear is distorting the size of your problem. You are measuring your obstacle by your own abilities rather than by God’s power.

Second, fear dismisses the power of God. The command “Fear not” appears in the Bible 366 times — once for every day of the year, including leap year! We need to remind ourselves daily not to fear, because we have God on our side. Just as God has been faithful to lead us to this point in our lives, He will continue to be faithful to lead us until eternity.

Third, fear destroys the realization of our future. In 1620, the Pilgrims had the faith to travel to America in search of religious freedom. In the first year, they established a town. In the second year, they elected a town council. In the third year, the council proposed building a road leading five miles into the forest. But in the fourth year, the people tried to impeach the council for wasting tax funds. Consider the irony: The Pilgrims once had enough vision to cross an ocean, but now they didn’t have enough faith to go five miles outside of town! Fear keeps us from moving forward and experiencing God’s blessings.

How do we overcome fear? The antidote to fear is faith.

Hebrews 11:1 says, “Faith is the assurance of things hoped for, the conviction of things not seen.” Faith is not a hope. It is not a wish. It is not positive thinking or some emotion you try to conjure up to make God do what you want Him to do. The Bible says faith is an “assurance.” The Greek word for assurance refers to a concrete foundation that supported a massive Roman pillar. Faith is also a “conviction.” The word conviction refers to a behavior that is an outgrowth of the strong assurance of God’s promises.

Here is my definition of faith: Faith is believing that God will do what He has promised to do … and acting accordingly.

In the Bible, we find many examples of men and women who believed that God would do what He promised to do and acted accordingly. Noah believed God would destroy the world with a flood, so he built a boat. Abraham believed God would make him the father of a great nation, so he packed up his family and moved to the land God promised them. Rahab believed God would bless Israel, so she saved the Israelite spies. That’s what faith is — an outward behavior that results from an inward belief.

God has not promised to heal every physical illness, restore every broken relationship, or spare you from every adversity. But He has promised that He will bless you, guide you, and protect you if you obey Him. No matter what the future holds, you can be confident that God did not bring you to this point to allow you to fail. Instead of retreating in fear, choose each day to move forward in faith, knowing that the same God who has blessed you so far will continue to bless you as you follow Him.