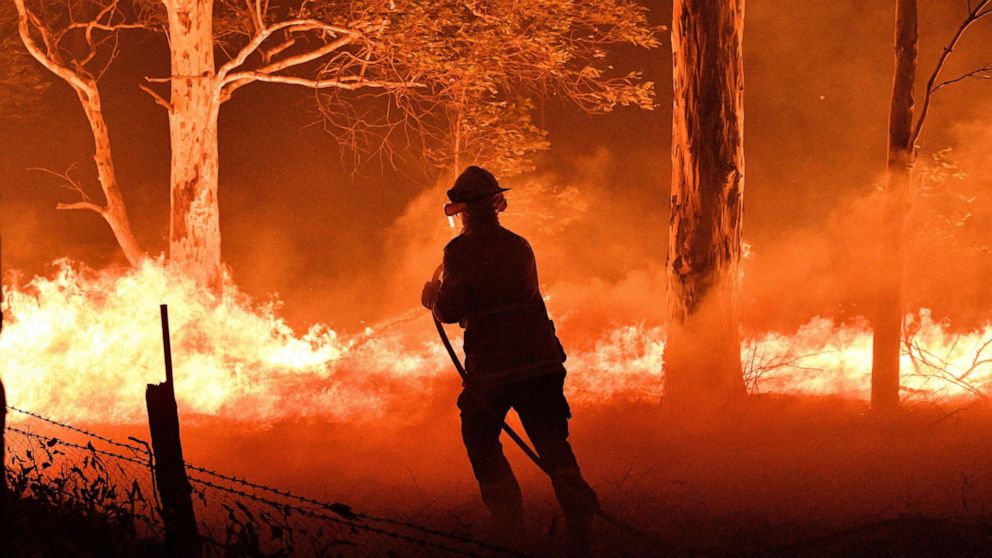 The eyes of the world have turned to Australia, where wildfires have engulfed the continent and left behind a wake of devastation. An area as large as West Virginia has already been scorched by the blazes, and things continue to grow worse. Nearly 200 fires are still burning. The Australian government has taken the unprecedented step of calling up a force of 3,000 additional firefighters to try to contain the damage. Those fighting the fires have told stories of massive and sudden storms caused by the extreme temperatures, which have in turn spread embers and started additional fires miles away.

As we see shocking and heartbreaking images like these, we need to view them through a biblical lens. The Bible provides us with the grand story which can make sense of the bewildering chaos of our world today. First, we can recognize that these devastating fires are not a natural part of God’s good creation. Everything God created was “very good” (Genesis 1:31). However, when humanity rebelled against God and fell into sin, this had effects not just on the human race but on creation itself. The ground itself was cursed (Genesis 3:17).

Yet God sent his Son into the world to die on the cross, and then to conquer death through his resurrection. The resurrection of Christ marked the beginning of the end of creation’s curse. Each individual believer awaits redemption, but we’re not alone. The apostle Paul tells us that the entire creation waits along with us, eager to be set free from its bondage to decay (Romans 8:19-21). At the return of Christ our King, we will witness the complete renewal of the entire created order—a New Heaven and a New Earth (Revelation 21:1).

This is the full scope of Christian hope. This is what Christians proclaim to the world. There will come a day when wildfires will cease, and all will be made new.