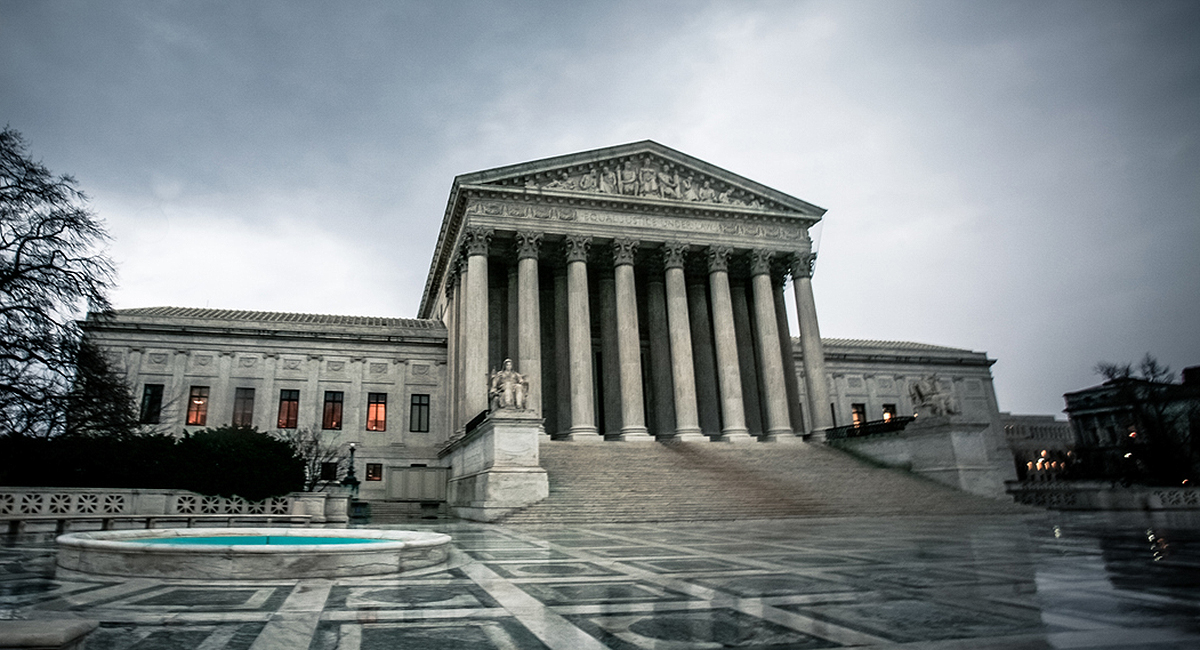 “Put not your trust in princes,” the Psalmist says (Psalm 146:3). I guess we could add “Supreme Court Justices” to that list. On Monday, the Supreme Court handed down an extraordinary decision in Bostock v. Clayton County that reinterprets the scope of “discrimination on the basis of sex” from Title VII of the 1964 Civil Rights Act. The legislation was passed and originally intended to prevent men or women from being arbitrarily mistreated by an employer merely because of an employee’s biological sex. This week, however, the Court’s 6-3 majority has declared that the provisions of the Act go much farther. The Court said that no employer can make distinctions based on sexual orientation or gender identity.

The Court’s decision heralds a new, more radical phase of the sexual revolution that has overtaken our country in the last several decades. It is a cultural revolution based on a million little rebellions, as individuals and institutions throughout America have increasingly rejected Jesus Christ and anything resembling the sexual ethics Jesus taught. Like the Bostock decision, we have seen Supreme Court cases that articulate the brave new world of post-Christian living embraced by so many. In 1973, the Court’s decision in Roe v. Wade legalized abortion nationwide. In 2003, Lawrence v. Texas decriminalized homosexuality. In 2015, the Obergefell v. Hodges decision legalized same-sex marriage. In Bostock, the Court has recognized homosexual and transgender ideology as bedrock principles in American law.

But it would be incorrect to claim that the Supreme Court instigated all these changes on an unwilling public. The Court’s decisions are the self-rationalizations of a popular culture in rebellion against God and God’s law. Christian conservatives are not asking too much when we clamor for justices who will enforce laws as written and as passed by our legislators. But I guess we shouldn’t be all that surprised when the Court refuses to stand in the way of a revolution. People find ways to rationalize their personal sins. Justices find ways to rationalize our national sins.

The troubling thing about the Court’s opinion is its complete inability to see the truth of how things actually are. This Court has redefined moral choices—about one’s sexual expression or about one’s gender identify—as if they were all equally valid. And, in the process, it has forced all business owners to treat them as such. That’s a blatant violation not just of the laws we actually passed in this country, but of humanity’s basic moral sense written on each heart by God himself (Romans 2:14-15). Our biological sex is who God made us to be. Homosexuality and transgenderism are departures from how God made us to be.

Recognition of biological sex is basic to nature. Nearly every human society for thousands of years has recognized that men and women are fundamentally different yet complementary, in a way that helps each to flourish. This reality is stated beautifully in the Bible’s second chapter: “Therefore a man shall leave his father and his mother and hold fast to his wife, and they shall become one flesh” (Genesis 2:24). A whole world is contained within this single sentence. Children have a father and a mother. A man is a man. A woman is a woman. Marriage is the one-flesh union of a husband and a wife. There’s a reason why the Apostle Paul and Jesus himself quoted this passage when they spoke about marriage and sexuality (Mark 10:6-9; Ephesians 5:31-32). It’s a basic statement of how things are and how they were meant to be.

Men’s and women’s sports, men’s and women’s dorms, men’s and women’s bathrooms, and men’s and women’s dress codes are just the tip of the iceberg of the thousands of ways that we recognize the basic facts about who we are and how we’re biologically different. These aren’t distinctions someone made up. They’re not constructed by an outdated society or imposed by bigoted traditionalists. But because of the pervasive denial of God and God’s law, our Supreme Court and our popular culture have increasingly questioned these most basic facts about who and what we are. This has led to the widespread confusion about marriage, sexuality, and even of what it means to be human. The new lifestyles and ideologies redefining marriage and sex are what made this week’s decision in Bostock possible in the first place. If marriage isn’t the lifelong, one-flesh union of a man and a woman—then it’s whatever we say it is. If sexuality isn’t limited to expression within marriage—then it’s whatever we say it is. If human beings aren’t fundamentally either male or female at birth—then we’re whatever we say we are. When we depart from God and his Law, we open pandora’s box.

Many progressives are frustrated with Christians’ refusals to get with the times and join the sexual revolution. Why do we narrowly insist that our way is the Truth? Why can’t we just let people pursue their own path to happiness? As Christians, we believe that the truth and our happiness are fundamentally in harmony. God made us to be happy. We all know this and want this, deep down. Isn’t this the silent cry of every person who pursues a same-sex relationship or a gender transition—to be happy?

But for you to be happy, this means you must recognize the truth of how God made you and align yourself with it. Homosexuality and transgenderism are contrary to God’s truth and design, which means they inevitably lead to a dead-end of dissatisfaction and despair. By denying the truth about God and the truth about human persons, these lifestyles draw you away from the One who made you and the only One who can make you happy. God made you to be happy in Him. Every command and every prohibition is a call to the lasting joy we all seek. Every Christian who repeats God’s commands and prohibitions is merely echoing God’s free offer of eternal joy in Him. The Supreme Court’s majority would send you down the way of death. Only Christ offers a way to life.