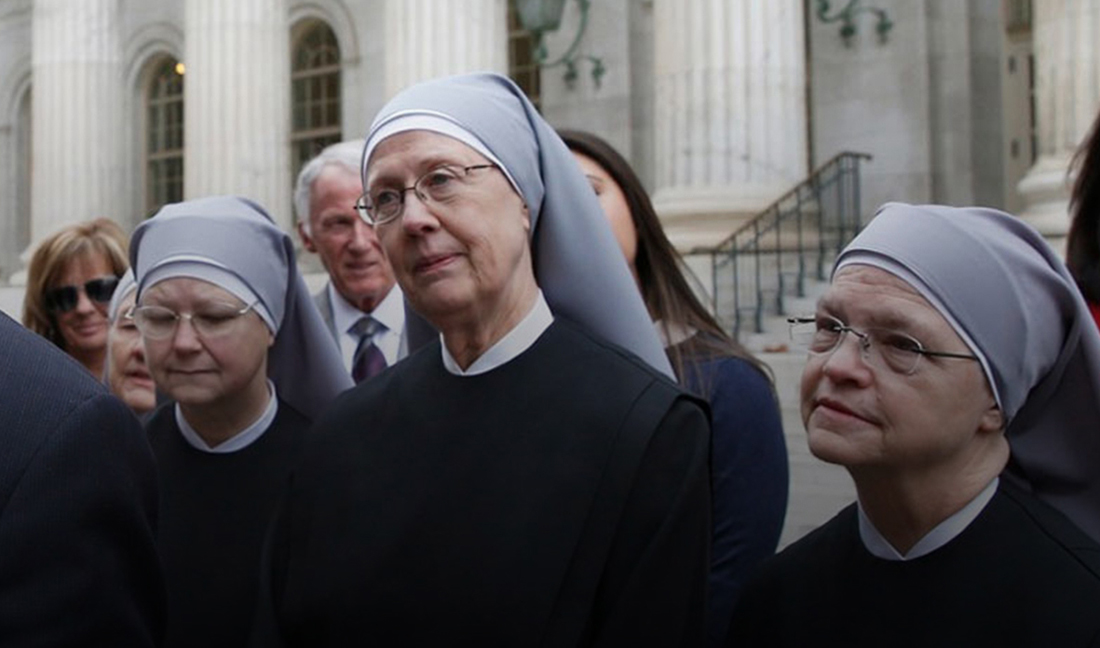 Commentary: Victory for the Little Sisters of the Poor

The Supreme Court handed down an important and encouraging decision this week in Little Sisters of the Poor v. Pennsylvania. The Little Sisters and other religious organizations won relief from burdens to their free exercise of religion by a 7-2 margin. This is the latest episode in a decade-long series of legal battles for Christian organizations like the Little Sisters and Hobby Lobby. All of these have stemmed from the Obama administration’s contraceptive mandate, which requires employers to provide free birth control and abortion-causing drugs through employer-provided health plans. The Obama administration was unwilling to extend exemptions beyond churches to religious charities and other employers who object to providing these on moral grounds. Even though the Trump administration has exempted the Little Sisters and others from the contraceptive mandate, progressive states have challenged these broader exemptions.

These cases are highly charged because they involve a clash between two mutually exclusive values—either religious freedom or so-called reproductive rights. The most important legal difference between the two is that religious freedom is guaranteed in the Constitution, whereas reproductive rights are a recent invention. To those progressives who have fought against the Little Sisters, “reproductive rights” require not merely on-demand access to contraceptives and abortion-causing drugs, but also that the contraceptives be provided to women by their employers and that they be completely free. This is true even when, in the case of the Little Sisters of the Poor, neither the organization’s leaders nor its employees even want to provide or to receive any form of contraception. But apparently one small corner of dissent from the sexual revolution is too much to bear for progressive totalitarians.

In our sex-crazed culture, it’s beyond the ability of most secular people to fathom a group who would forgo sex in order to follow their Lord. The Little Sisters of the Poor are Catholic nuns who undertake a life of chastity, devotion, and generosity in order to serve God and others. You would think such radical selflessness and care for those in need would be welcomed and admired by all. Instead, it’s viewed as an existential threat to the progressive political project. Progressivism is not a commitment to live-and-let-live pluralism. It’s the establishment in law and politics of a new religion, one which must be enforced against everyone regardless of conscience or creed. Progressive orthodoxy selfishly flaunts its sexual license and demands that others bear the burden for its choices—whether it be the employers who pay for free Plan B pills or the fertilized embryos whose lives are chemically extinguished when they’re unwanted. No wonder the celibacy practiced by Jesus and by the Little Sisters seems so alien to progressives. It is, quite literally, otherworldly.

Of course, Jesus forewarned his followers that this kind of legal wrangling and harassment would come. He said to his disciples, “Behold, I am sending you out as sheep in the midst of wolves” (Matthew 10:16). He knew navigated a complex, sin-addicted world would require a careful legal strategy when his followers clashed with the principalities and powers. This is why the Little Sisters and Hobby Lobby have, as Christ’s disciples, had to “be wise as serpents and innocent as doves” (Matt. 10:16). When they were inevitably “delivered over to courts,” Jesus told the disciples, “do not be anxious how you are to speak or what you are to say, for what you are to say will be given to you in that hour. For it is not you who speak, but the Spirit of your Father speaking through you” (Matt. 10:17-20). Jesus saw legal battles not as opportunities to score political points but as opportunities for divine witness. When we battle for our rights in court, the ultimate point isn’t winning. It’s about displaying the glory of God through lives lived for him alone. God is doing something bigger, in and through us.

When we see Christians engaged time and again in court cases, we’re also reminded that Jesus himself did this. As he said, “A disciple is not above his teacher, nor a servant above his master” (Matt. 10:24). Jesus is not asking Hobby Lobby or the Little Sisters of the Poor to do anything that he hasn’t already done. Jesus was supremely wise and completely innocent, yet this did not prevent him from being dragged into court and prosecuted without cause. If it happened to Jesus, then how much more can we expect it to happen to each of us. Yet we endure all of this in imitation of Christ and in eager expectation of eternal life. As he told us in the Sermon on the Mount: “Blessed are you when others revile you and persecute you and utter all kinds of evil against you falsely on my account. Rejoice and be glad, for your reward is great in heaven” (Matt. 5:11-12). The hope of heaven is the great reward Christians anticipate, which we will enter after a brief legal proceeding. We will be declared “not guilty” at the Judgment because of the blood of Christ, shed on our behalf for the forgiveness of our sins. We should be thinking about this as we navigate the contentious and complicated legal battles, both now and in the years ahead.

Although the Little Sisters and other religious nonprofit groups won an important victory this week, it will unfortunately be short-lived. The case was sent back down to the district court level for further review, so it’s a virtual certainty that the Little Sisters will wind up back at the Supreme Court before too long. The outcome of this case and the outlook for the future show just how high the stakes are for future elections and judicial appointments. We need legislators who will legislate, judges who will judge, and an administration who will administer laws according to the bedrock guarantee of religious freedom enshrined in our nation’s Constitution and tradition. Everyone in our country is better off when religious believers are able to practice their faith according to their conscience, loving God and serving their neighbors in imitation of Christ. That’s something the government should be encouraging, not penalizing.