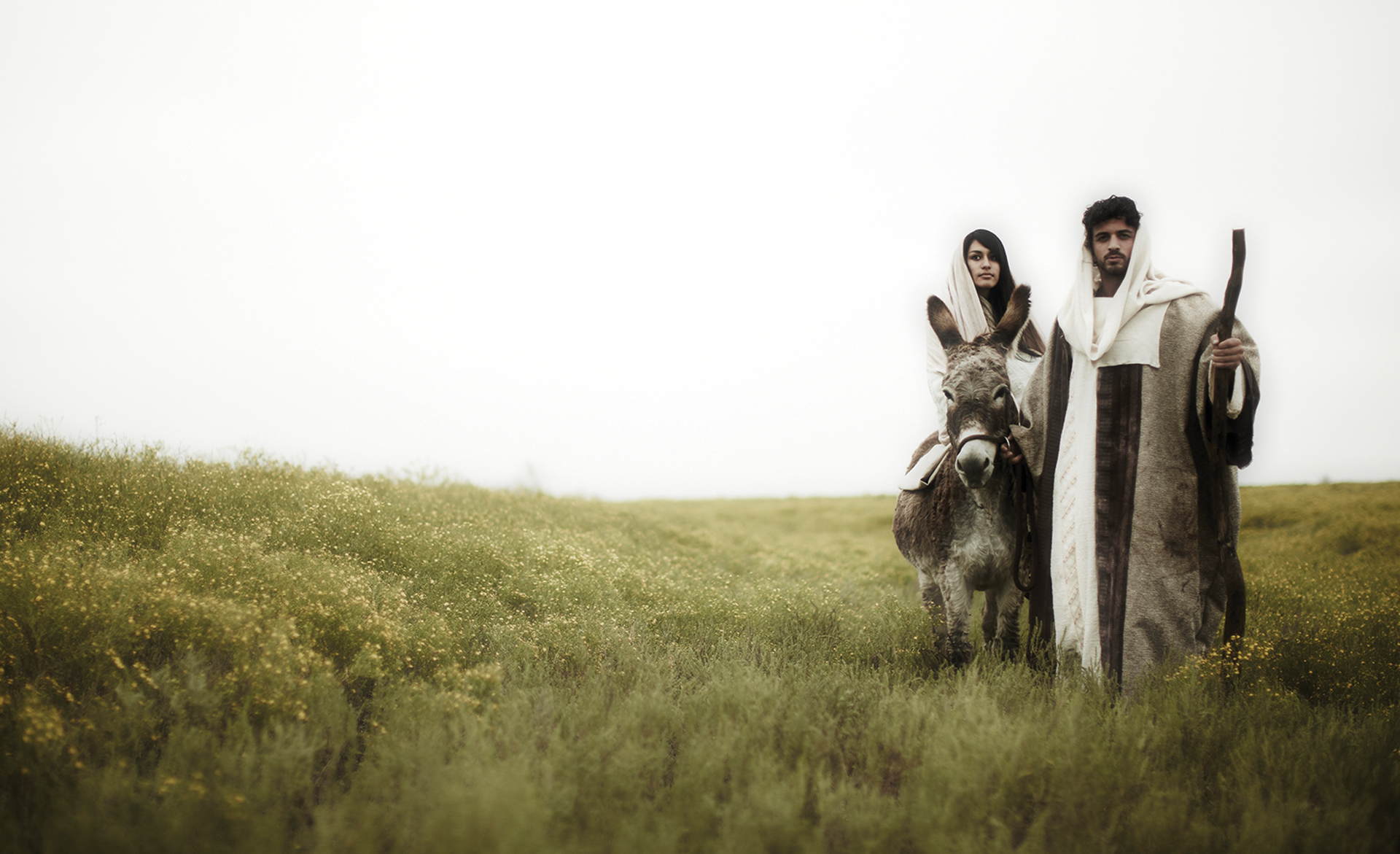 No book of the Bible gives us more opportunities to become acquainted with the Savior than the Gospel of Luke. In this article, we are going to look at the familiar story of Jesus’ birth in Luke 2. But we will examine it through the lens of three themes that Luke placed throughout his Gospel: Discipleship, Christ’s Humanity, and Christ’s Mission.

You may wonder how events leading up to the Messiah’s birth demonstrate discipleship. The Messiah (Christ) had not even been born yet. However, those who trusted in God’s Word looked expectantly for the prophesied Savior. Mary and Joseph believed God’s promises (Matthew 1:18–25; Luke 1:26–38) and knew that Mary’s child would be the long-awaited King. But because they obeyed God, they suffered vicious rumors from their neighbors in Nazareth who did not believe Mary had conceived by the Holy Spirit.
In addition, when Joseph received the edict to return to Bethlehem (Luke 2:1–5), he had to take Mary 80 miles … alone … while she was nine months pregnant … over rough terrain … by donkey! Talk about Christmas travel stress!
But God had Mary and Joseph take this treacherous journey for a reason. 700 years earlier, God had prophesied that the Messiah would be born in Bethlehem—the city of David (Micah 5:2). By obeying God, even through hardships, Mary and Joseph demonstrated faithful discipleship. And God used them to accomplish His perfect plan to bring the Savior in the flesh.

2. The Humanity of Christ’s Birth

God looked after Joseph and Mary through their ordeal. It’s a good thing, too. We often forget the danger they endured. When Joseph and Mary arrived in Bethlehem, the sun had set, the inns were full, and Mary had gone into labor. Joseph had to rush Mary into a dirty animal stall, where she gave birth to the most important person in history (Luke 2:6–7).

I don’t know about you, but my mind immediately thinks about everything that could have gone wrong: Mary could have fallen off the donkey during the journey and miscarried; they could have been robbed; Mary or the baby could have developed an infection in the animal stall. God’s plan always involves frail humans in a dangerous world. But God made sure His Eternal Son would safely be born. Max Lucado highlights this indescribable miracle, “Stepping from the throne, he removed his robe of light and wrapped himself in skin: pigmented, human skin. The light of the universe entered a dark, wet womb. He who angels worship nestled himself in the placenta of a peasant, was birthed into the cold night, and then slept on cow’s hay.”1

3. The Mission of Christ’s Birth

Almost as amazing as God’s birth is the people He chose to tell:
“In the same region there were some shepherds staying out in the fields and keeping watch over their flock by night. And an angel of the Lord suddenly stood before them, and the glory of the Lord shone around them; and they were terribly frightened. But the angel said to them, ‘Do not be afraid; for behold, I bring you good news of great joy which will be for all the people; for today in the city of David there has been born for you a Savior, who is Christ the Lord’” (Luke 2:8–11).

Shepherds inhabited the lowest rung of Jewish society. They took care of dirty, smelly sheep and were therefore often excluded from social gatherings. But God delivered the good news of salvation to these poor outcasts before anyone else. God came on mission for the disregarded.

And notice their response: “When the angels had gone away from them into heaven, the shepherds began saying to one another, ‘Let us go straight to Bethlehem then, and see this thing that has happened which the Lord has made known to us.’ So they came in a hurry and found their way to Mary and Joseph, and the baby as He lay in the manger. When they had seen this, they made known the statement which had been told them about this Child.… The shepherds went back, glorifying and praising God for all that they had heard and seen, just as had been told them” (2:15–17, 20).

What a contrast these shepherds were to the leadership in Jerusalem. When the Jewish elite heard news of the Messiah … they did nothing except connive to kill Him (Matthew 2:1–8). They doubted God’s promises, and only worried about losing their positions of power.

Just as the shepherds joyfully shared the good news of salvation in Jesus with everyone, so should we. God the Son came in the flesh, to save the lost, like you and me. And God delights to spread that message through ordinary people, like you and me. He doesn’t just use glorious beings from heaven. God also wants us to be “angels.” For the word “angel” means “messenger.” And He wants us to spread the “ev-angel”—which means “good news.” He wants us to be evangelists! He just looks for obedient disciples.

What a privilege and joy we have to partner with the Living God on His mission all year long!