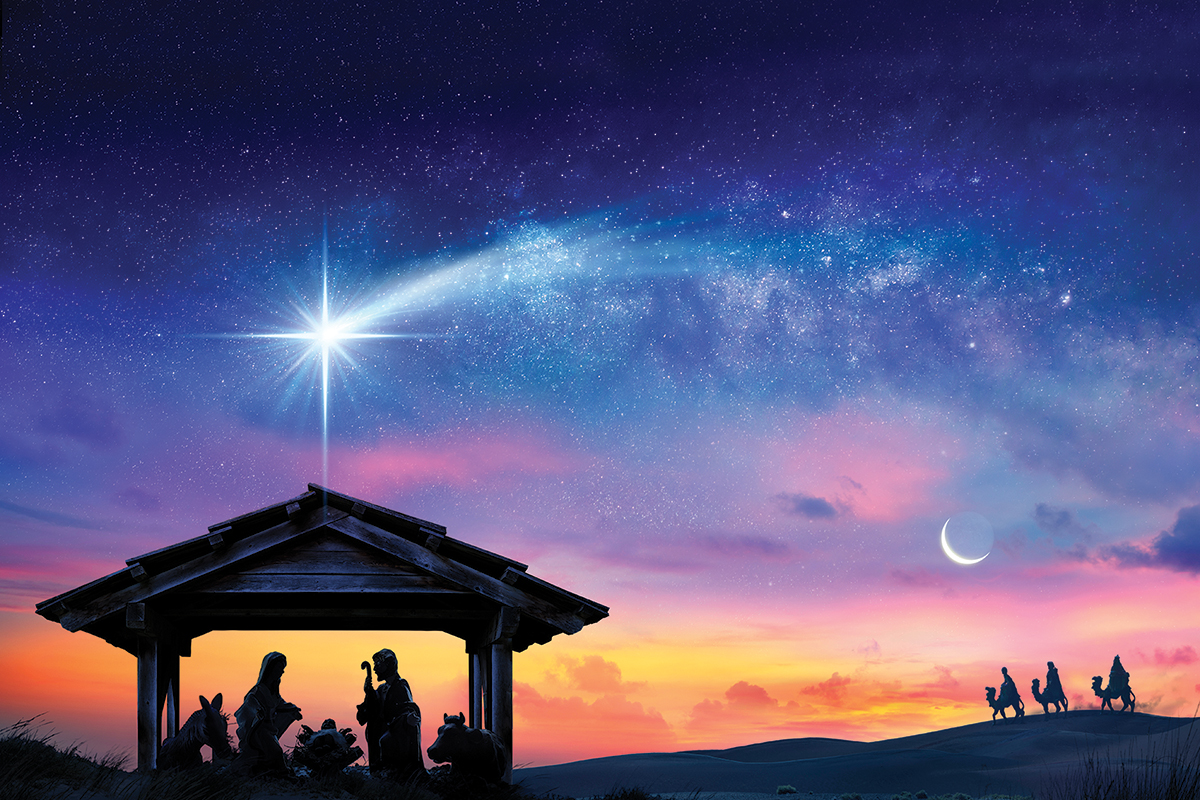 A Leader Worth Following

Stuart Briscoe tells the story of a church colleague who was going to conduct the funeral service of a war veteran. Some of the military friends of the deceased wanted to

The day of the funeral came, and the pastor led the group with military precision down the aisle to pay their respects to the deceased. Afterward, the pastor led them not through the side door but into a broom closet, from which they had to make a hasty and very embarrassing retreat.

We find both characteristics—humility and wisdom—in Joseph. In Genesis 46–47, we’ll discover why Joseph was a leader worth following and a leader worth emulating.

As a teenager, Joseph was taken to Egypt as a slave, and he eventually rose to become the prime minister. He presided over the country during seven years of bountiful harvest before seven years of famine. During the famine, his brothers traveled to Egypt to buy grain, and there they ran into their long-lost brother. Joseph forgave them for selling him into slavery and invited them to move to Egypt. God’s purpose was served: He had used Joseph to bring his family from Canaan to Egypt so that the Israelite nation would be preserved.

But Joseph still faced two formidable tasks in his assignment from God: to assimilate his Hebrew family into the pagan Egyptian culture and to lead the nation through the remaining years of the famine. How Joseph did both those things is a model of effective leadership.

A Model of Humility

First, let’s look at how Joseph assimilated his family into the Egyptian culture. He did so by putting the interests of others above himself. I want you to notice Joseph’s humble approach in two areas.

Joseph’s Preparation of His Brothers

Joseph demonstrated humility in preparing his brothers to meet Pharaoh for the first time. He told them, “When Pharaoh calls you and says, ‘What is your occupation?’ you shall say, ‘Your servants have been keepers of livestock from our youth even until now, both we and our fathers,’ that you may live in the land of Goshen; for every shepherd is loathsome to the Egyptians” (Genesis 46:33–34).

Joseph said this not only for his brothers’ benefit but also for Pharaoh’s benefit. Joseph understood that the Egyptians looked down on shepherds. He did not try to crash the Egyptian culture; instead, he told his brothers to emphasize that they were ranchers, not shepherds.

Any wise leader has to learn what to say and how to say it. But sometimes what you don’t say is more important than what you do say. Proverbs 17:27 says, “He who restrains his words has knowledge, and he who has a cool spirit is a man of understanding.” Joseph understood this, and he coached his brothers accordingly.

We also see Joseph’s humility in how he presented his family to Pharaoh. The big moment came in Genesis 47:3: “Pharaoh said to his brothers, ‘What is your occupation?’” Remember, they had been told to emphasize ranching. But they responded, “Your servants are shepherds, both we and our father.”

Can’t you see Joseph slapping his forehead? But they went on to say, “We have come to sojourn in the land, for there is no pasture for your servants’ flocks. . . . Therefore, please let your servants live in the land of Goshen” (v. 4).

Pharaoh was so moved by their request, he said, “The land of Egypt is at your disposal; settle your father and your brothers in the best of land, let them live in the land of Goshen” (47:6).

What makes this interesting is that Joseph had already settled his family in Goshen. But before presenting his brothers to Pharoah, he had said, in essence, “Pharaoh, my family’s already in Goshen, but it’s your call. If you want them to move, we’ll move them someplace else.”

Was Joseph manipulating Pharaoh? No, manipulation is when you’re working for your benefit alone. Joseph was doing this not for himself but for his brothers and for God’s purpose. He knew God’s purpose was for this nucleus of seventy family members to grow into a powerful nation in Egypt. That is what makes a good leader: putting the interests of others above yourself. After all, Joseph had no obligation to settle his family in Egypt. He could have said, “You’re on your own. I don’t want to ruin my reputation with Pharaoh for your benefit.” Instead, he gave his brothers not what they deserved but what they needed. He demonstrated humility.

A Model of Wisdom

The second challenge Joseph faced was navigating the country through the rest of the severe famine. Let’s look at four characteristics of wise leadership that Joseph demonstrated in how he handled the crisis.2

First of all, Joseph demonstrated initiative. Look at Genesis 47:13: “There was no food in all the land, because the famine was very severe, so that the land of Egypt and the land of Canaan languished because of the famine.” God had told Joseph that there would be seven years of plentiful harvest followed by seven years of famine. Joseph didn’t just receive that information; he acted on it. He created a plan to set aside 20 percent of the grain during the years of harvest to prepare for the years of famine. He was able to see ahead and act accordingly.

LeRoy Eims said a leader is “a person who sees more than others see, who sees farther than others see, and who sees before others do.”3 The larger the group of people you’re leading, the farther ahead you have to be able to see. Think about the Titanic—the problem wasn’t that the crew didn’t see the iceberg; it’s that they didn’t see it soon enough. It takes a lot longer to turn around a large ocean liner than it does to turn around a speedboat. To be an effective leader, you have to see more, see farther, and see before other people see.

Second, Joseph illustrated integrity. Verse 14 says, “Joseph gathered all the money that was found in the land of Egypt and in the land of Canaan for the grain which they bought, and Joseph brought the money into Pharaoh’s house.” There was a lot of cash passing through Joseph’s hands. He could have opened up a secret Swiss bank account and reasoned, I came up with this idea; I ought to profit from it. Pharaoh won’t miss the money anyway. But instead of stealing any money for himself, Joseph acted with integrity.

Is there any part of your life that is out of sync with what you profess to be true? You will never be an effective leader without integrity.

Third, Joseph’s wisdom was demonstrated by his insight—that is, giving people what they need, not necessarily what they want. Genesis 47:15–19 tells us that during the first few years of the famine, the Egyptians gave all their money and animals to buy grain. So they said to Joseph, in essence, “We don’t have anything else to give except ourselves. We’ll sell ourselves to you if you will put us on the public dole and give us food.”

That’s what they wanted, but that’s not what they needed. Joseph knew if the people stopped working, they would lose their self-esteem. Did you know God created us to be workers? We are created in God’s image, and God Himself is a worker. That’s why He put Adam into the garden to cultivate it and keep it (Genesis 2:15). We are God-like when we work.

If the Egyptian government had simply supported the people instead of making them work, not only would they have lost self-esteem, but the government would have run out of money. Joseph understood this. He knew what the people needed.

Fourth, Joseph demonstrated innovation by coming up with an ingenious plan to give the people what they needed and keep the government running. He said, basically, “We’re going to buy your land from you and give you seed in exchange. Eighty percent of what you harvest you can keep; you’ll give the rest to the government to keep it functioning.”

They responded, “You have saved our lives! Let us find favor in the sight of my lord, and we will be Pharaoh’s slaves” (Genesis 47:24).

If you’re going to be an effective leader, you have to learn to think outside the box. An effective leader isn’t stopped by phrases like, “We’ve never done that before” or “It’s too complicated.” God led Joseph to an innovative plan that saved not only his family but the world as well.

The Ultimate Model of Leadership

As a model of humility and wisdom, Joseph was a forerunner of Jesus Christ—the ultimate model of leadership.

Like Joseph, Jesus demonstrates humility in dealing with those who hurt Him. It was our sin that nailed Jesus to the cross, yet He gave us not what we deserved but what we needed—grace. Not only did He die for our sins, Hebrews 7:25 says He makes intercession for us to God the Father, just as Joseph interceded for his brothers to Pharaoh.

Initiative—God made the first move in our salvation. Ephesians 1:4 says, “He chose us in Him before the foundation of the world.”

Integrity—Jesus can be trusted to do what He has promised to do. He said, “I will never desert you, nor will I ever forsake you” (Hebrews 13:5). You can bank on that truth.

Insight—God knew our greatest need was for forgiveness, so He sent us a Savior. He had the insight to give us what we needed most.

Innovation—How could a holy God ever be reconciled to sinful man? In 2 Corinthians 5:21, Paul described God’s plan: “He made Him [Jesus] who knew no sin to be sin on our behalf, so that we might become the righteousness of God in Him.” Only God could have dreamed up such an out-of-the-box plan.

What better leader to look to than Jesus Christ Himself? To be effective leaders in our homes, businesses, and churches, we need to demonstrate the same humility and wisdom that made Joseph and Jesus two leaders worth following. 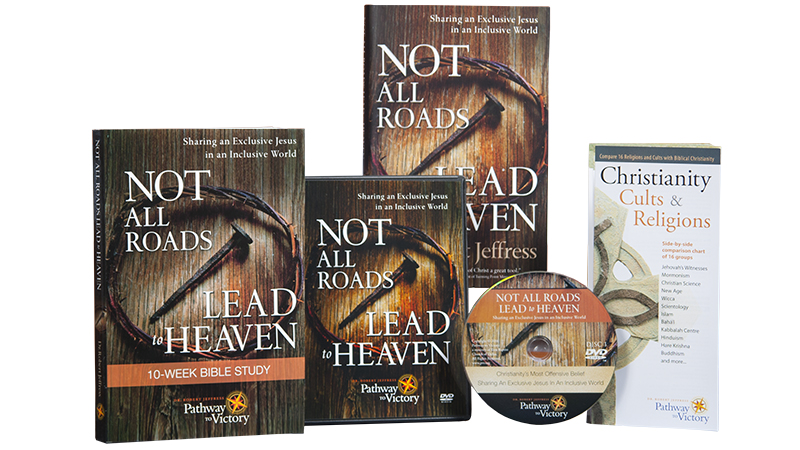