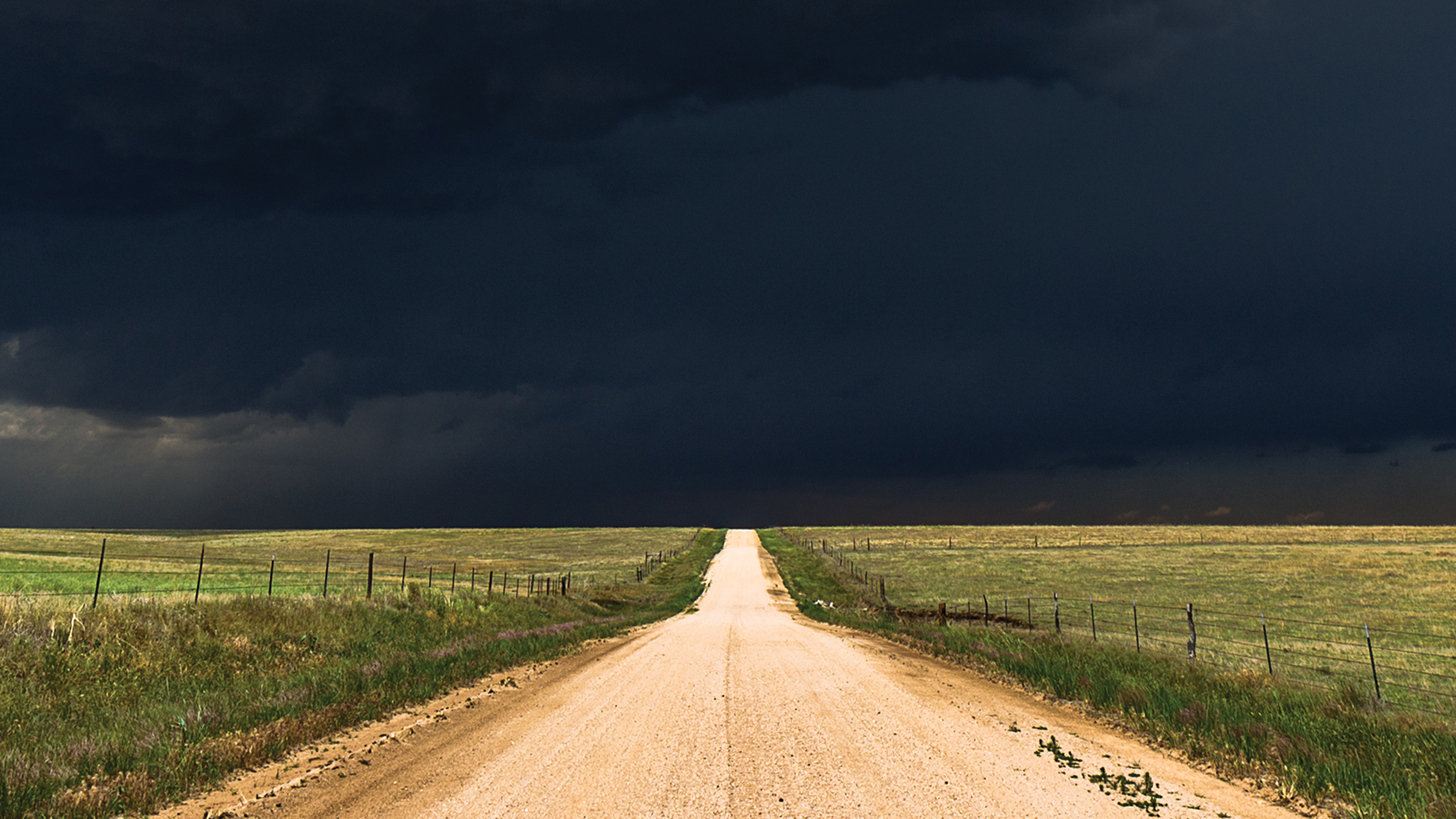 One thing that often surprises people who move to Texas is our weather. What starts out as a clear, beautiful day can change dramatically in an instant. Ominous clouds appear on the horizon, and suddenly warnings are being issued for severe thunderstorms and tornadic activity. It’s interesting how people respond to these warnings. When some people hear that a tornado is coming, they go outside to film it on their cell phones. Other people just ignore the warnings. But those who flout or just ignore storm warnings do so at their own peril.

The Bible tells us that another storm is coming one day—the fiercest storm the world has ever experienced. It is the storm of God’s wrath. Although it hasn’t come yet, there are warning signs on the horizon, and those who ignore the signs risk severe and eternal consequences.

The coming storm of God’s wrath is called the tribulation. This seven-year period will be a time for God to pour out His wrath upon the earth, but it is also a time for God to complete His plan with Israel. Four thousand years ago, God said to Abraham, “I’m going to make you the father of a great nation that will be the recipient of My love and My judgment. You are going to display to the whole world the truth about Me.” God selected Israel to be an object lesson to the entire world of His love and holiness.

But God has not finished His work with Israel yet. In Daniel 9:24–27, we see how the tribulation is actually the completion of God’s plan for Israel.

Daniel was a young Jew who was taken captive by the Babylonians in 586 BC. As the years in captivity turned into decades, Daniel and the other Israelites wondered, Has God’s plan for His people been thwarted? So God sent the angel Gabriel to give Daniel a panoramic vision of His final plan for Israel. The angel said:

Seventy weeks have been decreed for your people and your holy city, to finish the transgression, to make an end of sin, to make atonement for iniquity, to bring in everlasting righteousness, to seal up vision and prophecy and to anoint the most holy place. (Daniel 9:24)

The word “weeks” is an unfortunate translation. In Hebrew, the word actually means “sevens,” or sets of seven. Based on context, we know that Gabriel was referring to sets of seven years. He was saying that seventy sets of seven years, or 490 years, have been decreed for God to finish His plan for Israel.

Imagine that God has a stopwatch with 490 years on it, and when He presses “Start,” those 490 years begin counting down. In verse 25, Gabriel revealed when God would start the countdown: “From the issuing of a decree to restore and rebuild Jerusalem until Messiah the Prince there will be seven weeks and sixty-two weeks.”

The angel said God would press “Start” when the decree went out to rebuild Jerusalem. From secular history, we know exactly when that happened: March 14, 445 BC. That’s when the Persian ruler Artaxerxes Longimanus gave the decree that allowed Jewish exiles to return to Jerusalem and rebuild the city. From that day until Messiah the Prince, Gabriel said, there would be sixty-nine sets of seven years, or 483 years.

Did he mean it would be 483 years until Jesus appeared in Bethlehem? No, “Messiah the Prince” refers to when Jesus entered Jerusalem on a donkey and the people recognized Him as the Messiah. Great students of biblical chronology have calculated that date to be April 2, AD 32. Taking into consideration the differences between the Jewish and the Roman calendars, we know it was exactly 483 years from Artaxerxes’s decree to Jesus’s entrance into Jerusalem. That is what I call amazing!

At Jesus’s triumphal entry, 483 of the 490 years had ticked down. But then God pressed pause on His countdown. Gabriel explained why in verse 26: “Then . . . the Messiah will be cut off and have nothing.”

When Israel rejected the Messiah, God paused His countdown with seven years left, and the stopwatch has been stopped for two thousand years. This pause that we are living in is called the church age, a time when God has temporarily set aside Israel in order to allow the Gentiles to come to faith in Christ. That’s what Paul had in mind when he said, “A partial hardening has happened to Israel until the fullness of the Gentiles has come in” (Romans 11:25).

God has not forgotten Israel, however. When He has finished His plan for the Gentiles, He is going to restart the stopwatch. In Daniel 9:26–27, we see the warning signs that will signal the final seven years:

The prince who is to come will destroy the city and the sanctuary. And its end will come with a flood; even to the end there will be war; desolations are determined. And he will make a firm covenant with the many for one week.

Who is “the prince who is to come”? This refers to the Antichrist. His followers will destroy Jerusalem, and then he will make a covenant with Israel for seven years. Those seven years are the tribulation—the final seven years in God’s countdown. When this covenant is made, it means that God has restarted His stopwatch, and the storm of His wrath is coming.

A Chance to Repent

The tribulation will be a time of terrible distress for those who flout or ignore the warning signs of God’s coming storm. But the tribulation also has a redemptive purpose. This is Israel’s last chance to repent and accept Jesus as their Messiah before the final judgment of God. During the tribulation many Gentiles will be saved, but a multitude of Jews will be saved, too. Even in the midst of God’s judgment, we see God’s love and mercy.