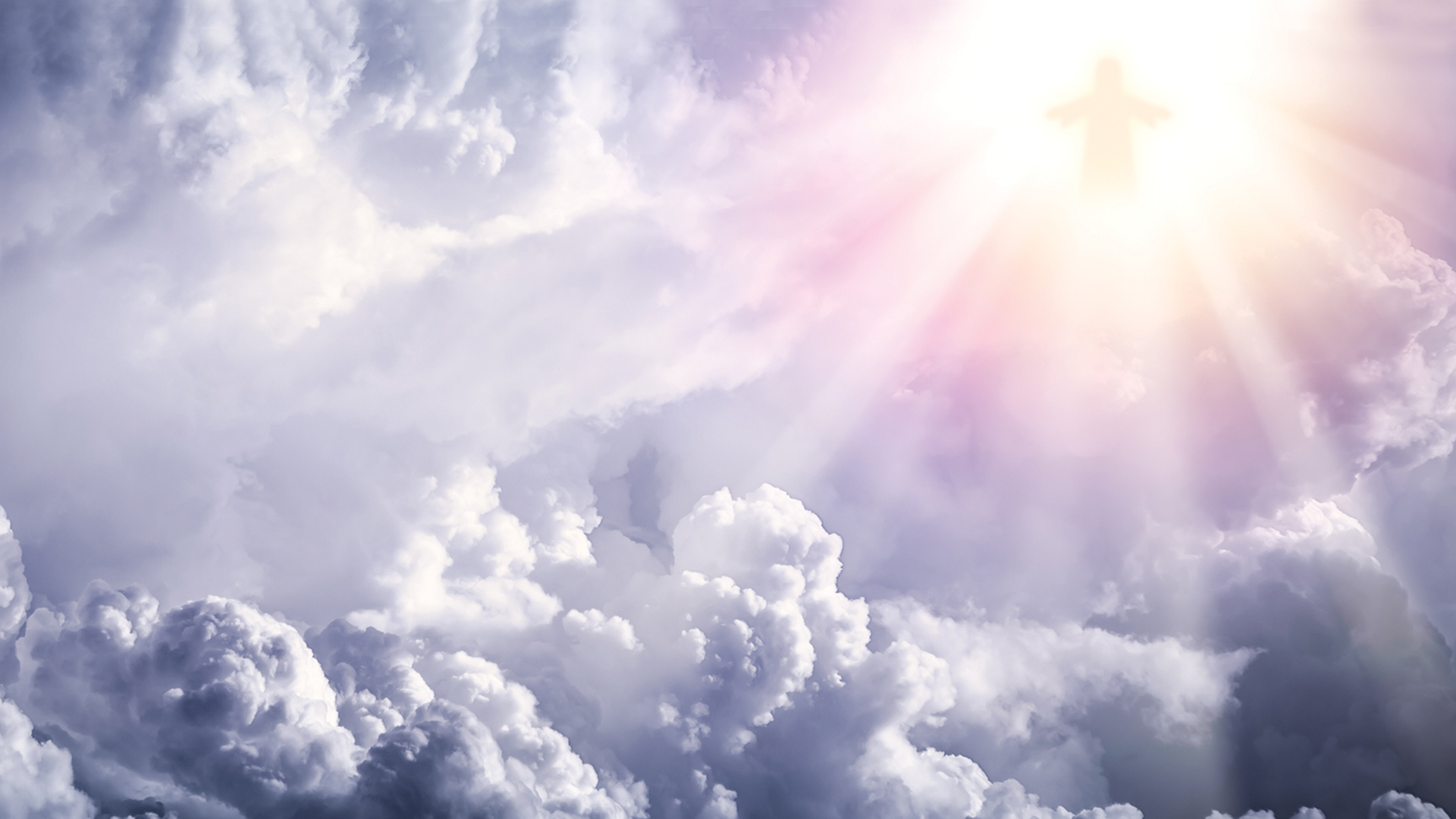 In January 1961, a few days before he was inaugurated, president-elect John F. Kennedy invited Billy Graham to join him for a round of golf. On the way back from the golf course, Kennedy asked, “Billy, do you believe that Jesus Christ is coming back to earth one day?”

Kennedy replied, “If that’s true, Billy, then why do I hear so little about it today?”

Why Christ Must Return

Why is a literal second coming of Christ so important? Let’s briefly look at four reasons that Christ must return to earth.

First, Christ must return to fulfill the promises made in the Bible. If Christ doesn’t return, then hundreds of prophecies will be left unfulfilled, and the Bible will be proved unreliable. In the Old Testament, there are eighteen hundred references to the second coming of Christ. In fact, for every prophecy in the Old Testament about the first coming of Christ, there are eight prophecies about the second coming. In the New Testament, there are over three hundred references to the return of Jesus Christ. The second coming is not just incidental; it is the theme of the entire Bible.

Second, Christ must return to judge unbelievers for sin. If Jesus Christ doesn’t return, then sin and wickedness in the world will only intensify.

Third, Christ must return to depose Satan from his earthly dominion. Satan has temporarily stolen this world. If Christ doesn’t come back to reclaim the earth, then Satan has won.

Finally, Christ must return to establish His kingdom on the earth. He is returning to rule this earth with perfect justice and righteousness. Don’t you look forward to the day when this earth will finally be what God intended it to be? That’s why the second coming of Christ is necessary.

The Marriage of the Lamb

Who is the bride? Some people say it’s the Old Testament saints, or believers who were alive while Jesus was on earth. Others say it must be those who were martyred during the tribulation. But Ephesians 5:25–27 says the bride of Jesus Christ is you and me, the church of Jesus Christ—those who are saved during this unique period of history between Pentecost and the rapture.

The Three Phases of the Wedding

When and how will the wedding take place? To understand this fully, you need to be familiar with the three phases of a Jewish wedding in John’s day.

Do you see the picture of our relationship to Christ? First, the marriage contract was entered into and the dowry was paid when Christ shed His blood on Calvary for our sins, making the payment to secure us as His bride. This was the new covenant, joining believers to Christ in a spiritual marriage.

Second, someday Christ is going to come unannounced and rapture the church, His bride. We don’t know exactly when it’s going to happen, but one day the Lord will come to take us to be with Him in the Father’s house.

Finally, at the end of the tribulation, Christ and His bride will return to earth to celebrate the wedding supper at the beginning of Christ’s thousand-year reign on earth.

Revelation 19:9 contains a blessing for the wedding guests: “Blessed are those who are invited to the marriage supper of the Lamb.” Who will be the guests at this wedding feast? The Old Testament saints will be there—people like David, Solomon, Abraham, Isaac, Jacob, and Ruth. So will the New Testament characters who died before Pentecost—John the Baptist, Anna, and Simeon. The tribulation martyrs will be there as well, those who were saved after the rapture.

Imagine what it will be like to sit in a banquet hall surrounded by the saints from throughout the ages. Imagine what it will be like to celebrate with your parents, your grandparents, and anybody else who was instrumental in helping you know Christ as Savior. Imagine John the Baptist standing up, a golden chalice in his right hand, saying, “Today, I want to propose a toast to the one who made all of this possible, the Lamb of God who takes away the sin of the world, our Lord and Savior Jesus Christ.” And everyone rises to a sustained, unending ovation. That’s what it’s going to be like at the marriage supper of the Lamb.

The Coming of Christ

Before the wedding supper can occur, Jesus Christ and His bride must come back to earth again, and all the enemies of the groom and the bride have to be extinguished.

A Description of the Groom

In Revelation 19:11–13, we see the triumphant entry of the groom. John wrote, “I saw heaven opened, and behold, a white horse, and He who sat on it is called Faithful and True, and in righteousness He judges and wages war. His eyes are a flame of fire, and on His head are many diadems; and He has a name written on Him which no one knows except Himself. He is clothed with a robe dipped in blood, and His name is called The Word of God.”

Christ’s fiery eyes symbolize His piercing judgment, and the diadems on His head symbolize His right to rule. The blood on His robe is not His blood but the blood of His adversaries on earth. His triumphant return was anticipated in Zechariah 14:3–4, which says He will return at the Mount of Olives, causing such a reaction that the mount will split in two.

Now look at Revelation 19:15: “From His mouth comes a sharp sword, so that with it He may strike down the nations.” What is that sharp sword? It is the Word of God. God’s Word is like a surgeon’s scalpel, causing both healing and hurt. It brings eternal life to those who believe it and eternal death to those who reject it.

This is the second coming of the Lord Jesus Christ.

A Description of His Army

Christ will not return to earth alone. Revelation 19:14 describes His army: “And the armies which are in heaven, clothed in fine linen, white and clean, were following Him on white horses.”

Who is this army following Jesus from heaven? It’s His bride, the church—you and me. How do I know that? The army is “clothed in fine linen.” Remember in verse 8, the bride was getting ready for the wedding feast by putting on fine linen, which is “the righteous acts of the saints.” This army is the church, the bride of Christ, returning to earth with our groom for the wedding feast.

A Description of His Victory

Remember, before we can all sit down to the wedding feast, the groom must conquer His enemies. Revelation 19:19 says, “I saw the beast [that is, the Antichrist] and the kings of the earth and their armies assembled to make war against Him who sat on the horse and against His army.”

What happens to these enemies of Jesus? Verse 20 says, “The beast was seized, and with him the false prophet . . . these two were thrown alive into the lake of fire which burns with brimstone.” The lake of fire is the eternal place of torment for Satan, his demons, the Antichrist, and all those who die without trusting Christ as their Savior.

Verse 21 continues, “And the rest were killed with the sword which came from the mouth of Him who sat on the horse, and all the birds were filled with their flesh.” This is the terrible future that awaits all unbelievers, those who die apart from Christ.

Preparing for a Great Future

We do not know when Jesus Christ will arrive to rapture the church or the exact date when He will return with His bride to celebrate the wedding feast. So what about the here and now?

Perhaps the best-known verse in the entire Bible is John 3:16: “For God so loved the world, that He gave His only begotten Son, that whoever believes in Him shall not perish, but have eternal life.” Jesus continued in verse 17, “For God did not send the Son into the world to judge the world, but that the world might be saved through Him.”

People read those verses and say, “You see, Jesus is a Savior, not a Judge.” It’s true that Jesus did not come into the world the first time to judge the world, but to save it. But look at what verse 18 says: “He who believes in Him is not judged; he who does not believe has been judged already, because he has not believed in the name of the only begotten Son of God.”

Jesus Christ came the first time as our Savior, to offer us a pardon for our sin. But those who leave this world without receiving that pardon for sin will face Him one day as their Judge.